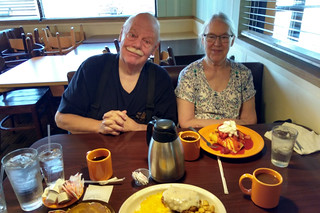 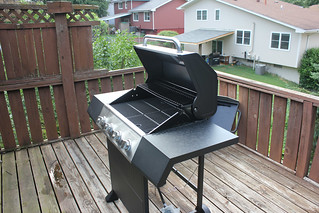 We had a very nice week running up to Father’s Day this weekend. On Tuesday, I had some breakfast with my folks down at Village Inn to celebrate our massive plumbing project finally wrapping up (with a new working toilet). I was hoping to go to the 11 Worth Cafe instead, but some racial agitators shut it down because they didn’t like the name of a breakfast menu item, which was disappointing to say the least.

The next day, Donna brought over an early birthday present for me — a new, functioning grill for the deck! I was very happy with it, but now I’ll have to make some time to do some grilling while the weather’s nice enough for it (and to buy a grill cover). 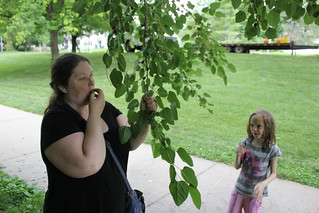 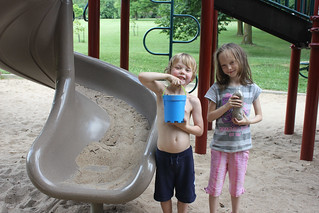 On Saturday, we got a bit of a cold front that pushed temperatures down to the 70s from the 90s, so we decided to enjoy the afternoon down at Memorial Park. We had a McDonald’s picnic for lunch and then walked a bit through the rose garden, which was now in full bloom. The kids skipped down the hill and then found some mulberries on the way back up. Then we finished the afternoon over at the recently-reopened playground, where the kids played for a while before making a project of dumping sand onto the twisty slide for no particular reason. 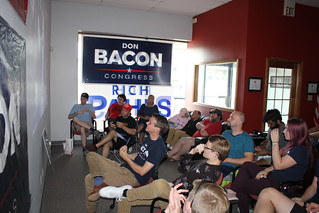 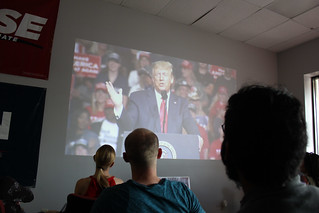 Then that evening I joined some of the Young Republicans at the DCRP headquarters to watch Trump’s rally down in Tulsa. Having been on the floor of such an event before, the President seemed very much the reality show entertainer and comedian / plain-talking (and occasionally foul-mouthed) POTUS we’ve come to expect. I personally think Trump’s improvised comedy and self-depreciation are some of his biggest assets, and despite the crowd’s apparent lackluster size (which some are blaming on either Covid 19 or disruptions outside), it was fun to watch. 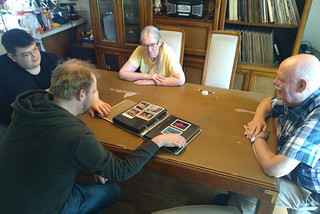 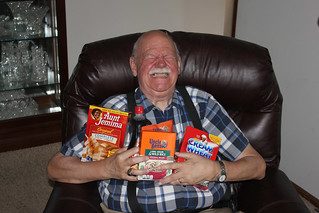 Then on Father’s Day, I woke up to a lovely (and giant) breakfast burrito courtesy of Vivian, which some nice little cards handmade by the Hannah and Aaron (and Elmo/Luke). After our online church service, I headed over to mom and dad’s house, where I had a handful of soon-to-be “collectors items” I’d accumulated over the week, starring Aunt Jemima, Uncle Ben, and the Cream of Wheat chef. My dad went through a trunk full of old family photos in the basement with us, and then we got some Taco John’s for lunch (namely six pack and a pound times three). We watched some of my dad’s old reel-to-reel films after that and got some milkshakes from Culver’s mid-afternoon before digging into another family photo album from our time in Grand Rapids before heading home.

Then that evening, Vivian had a few more gifts for me at home and a dinner of sushi from the Jade Palace to finish off the day. 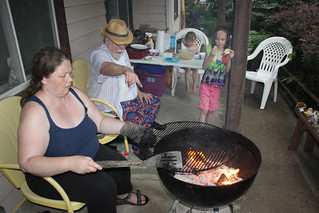 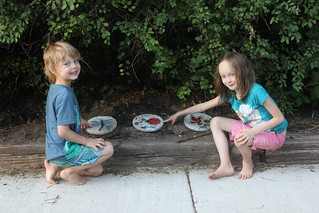 The day after Father’s Day, we took the family down to Jack and Donna’s house to celebrate Father’s Day with Vivian’s dad. Vivian and her mom made up a dinner of steak with scalloped potatoes, vegetables, and their usual hors d’oeuvres. — all of which we ate under their porch in the midst of a brief rain shower.

In the meantime, the kids got the chance to play in Grammy’s yard for the first time this year. They also got to see some of Grammy’s decorative rocks and blooming flowers before we had our dessert together. Jack also got to open a few presents, including some of Vivian’s parmesan chicken wings, before we called it a night.