Happy Independence Day! I hope you all had a wonderfully fun and patriotic weekend celebrating America and blowing up a small part of it. We had loads of fun over the weekend with our friends and family, eating, setting off fireworks, and even doing a little more home improvement. 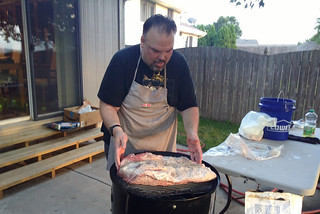 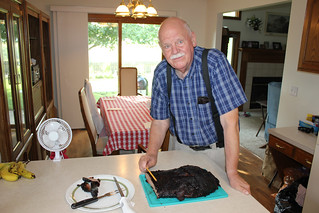 On Thursday evening, I went by my dad’s house to help prepare a giant piece of brisket for the smoker, which involved cutting off some of the excess fat and then preparing his large smoker with charcoals, hickory wood, and water. We left it smoking overnight, which left it tender and juicy the next morning. I probably could have trimmed off more fat, since it didn’t seem to absorb as much of the hickory flavor as I’d hoped, but it was all still good. We ran over there with the kids on Friday night for a nice Independence Eve dinner to kick off the weekend. 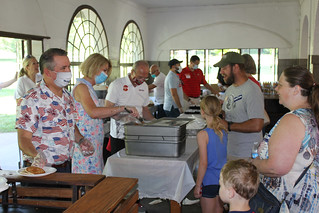 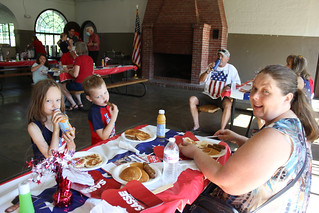 The next morning, we went on down to Elmwood Park for the annual DCRP pancake breakfast. Congressman Don Bacon and Mayor Jean Stothert served us up some pancakes and sausage, and we got to see a few familiar faces among the crowd before we ate. We walked by the games outside and the car show to take the kids to playground afterward, where we discovered a kind of electronic tennis game that they got to play before we headed on out. 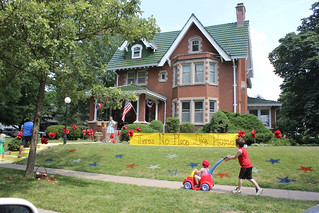 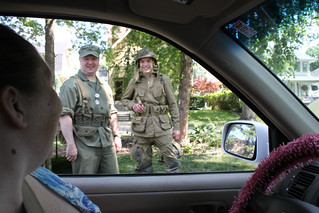 On our way home, we drove through a kind of “reverse parade” in the Field Club neighborhood, where because of Covid 19 the residents dressed up their homes in various patriotic (and miscellaneous) regalia for people to observe as they drove or walked by. They even had a drill team performing along Walnut Street.

I got out to take some photos, but quickly noticed that the street was lined with tables for Democrat politicians, and as I was wearing a T-shirt for Ben Sasse, it wasn’t long before I was spotted and told to leave. (Hooray for diversity and inclusion.) 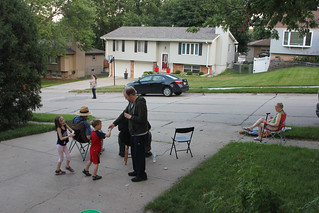 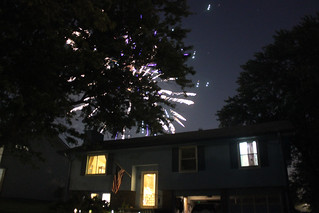 Then that evening, we gathered at our house to have some ice cream and set off an hour or two worth of fireworks in our driveway. We had the usual assortment of parachutes, fountains, sparklers, and flaming dog poop. The most impressive show, however, seemed to come from our own backyard, as our neighbors up the street set off a massive amount of fireworks of their own that lit up the sky. It seems like every year I think about forgoing our own fireworks and just watching the neighbors, but it’s still more fun to watch the kids play with their own. 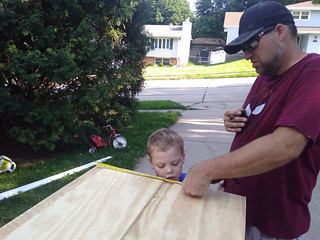 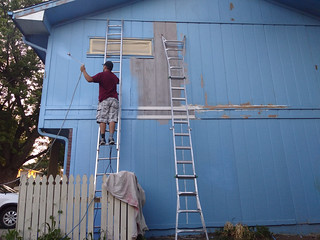 It’s also been a weekend full of home improvement projects, believe it or not. Our garbage disposal sprung a massive leak underneath our sink, so we had to get that replaced on Friday. Then we found the faucet itself had its own leak (which had gone unnoticed), so we replaced the faucet as well on Saturday.

Then on Sunday, Nate and Jake came by to help finish up the lats bit of our siding work, patching up a few feet of wood siding with some new PVC trim before caulking, priming, and then painting the whole side of our house. We’d managed to save a giant five-gallon bucket of paint from the time we first painted the house a decade ago. It took us most of the evening, but we just finished the last of the paint as the sun went down, and it looked great. Thanks, Nate!