The Johnson Family just got back from an intense, week-long road trip vacation, which took us all the way to the Black Hills and back. It was a vacation with many “good views” and photo-worthy sights, but mostly it was a chance to unplug from the world — partly because we had next to zero cell phone coverage during the entire trip. 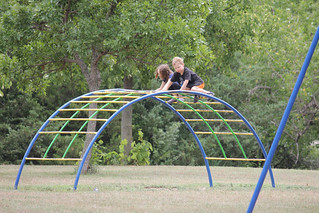 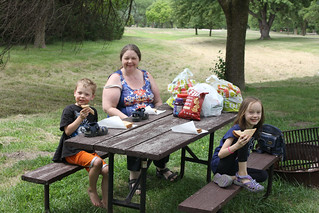 We kicked things off with a five-hour drive along I-80 heading west. This would be the longest our kids have ever spent cooped in the car, but they were great little passengers, spending time drawing in their notebooks and playing with each other along the way. We stopped for lunch at Windmill State Park, giving us all some much-needed leg-stretching time before having lunch and hitting the road again. 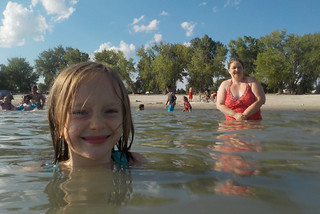 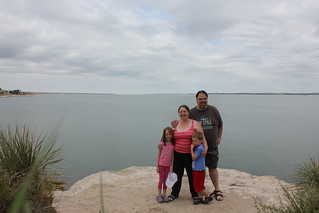 We spent the evening in Ogallala and swimming down at Martin Bay in Lake McConaughy. Vivian and I had glimpsed the lake just once back on our one-year anniversary trip, but this was our first time swimming there. It was nice, albeit cold, and most of the folks down there seemed more interested in boating than swimming. Hannah also got to try out her sculpting skills on the sand.

We crossed a time zone and gained an extra hour to have a Runza down by the shore before calling it a night (and getting chocolate ice cream). This stop turned out to be one of Hannah’s favorites, specifically because we all got to have breakfast together at the Super 8 the next morning.