We had a lovely Labor Day weekend together, watching temperatures climb to near 100 and then drop to the 50s with a clash of thunder once the weekend was over. We made the most of the time, however, particularly having fun outdoors for one last taste of summer. 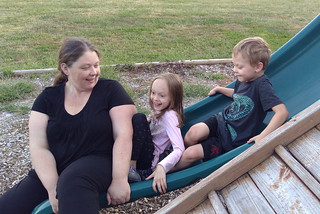 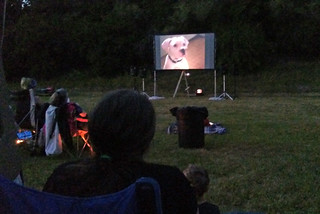 On Friday night, Bellevue Christian Center hosted a movie night. Vivian and Aaron had missed out on our one outing to the SumTur back in July. Hannah and Aaron got some much-needed time running around on the playground before the movie started. We had been told the film would be “Homeward,” which is a knock-off of Pixar’s “Onward” produced by the infamous low-budget film company, The Asylum. Fortunately, it turned out to be “Homeward Bound,” an undoubtedly much better film, albeit one we’d seen a couple times before.

Vivian seemed happy either way to have seen at least one outdoor film this season, particularly with Covid cancelling pretty much everything fun between March and summer. 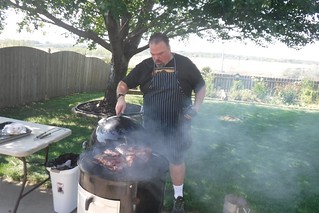 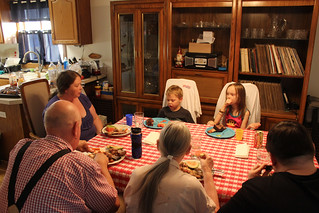 On Saturday, we had a big smoke-out/cookout at my parents’ house with a big batch of beef short ribs I’d bought from Just Good Meat. I’d never smoked ribs before, so my walked me through the process as we prepped his smoker, lit the coals, and then seasoned up the meat (with some spice from Volcanic Peppers) for a five-hour smoke job on the patio. I was amazed at how much the ribs shrank, going from square blocks to giant bone-in-meat chunks reminiscent of the Flintstones. We cut them up and served them around six, and I found just one of these meat hunks was enough for a meal it itself (in fact, I sliced some for a barbecue sandwich the next day). I’m just glad everyone was able to have a bite.

We had some fun playing with Uncle Jonny’s Nintendo Switch before we left, specifically letting the kids put together a few levels in Super Mario Maker 2, a game that wound probably keep Aaron occupied for years (if we ever got around to buying a switch). Uncle Jonny was hesitant to let him play, as he predictably wanted to keep playing well after the sun went down (and the next day as well). 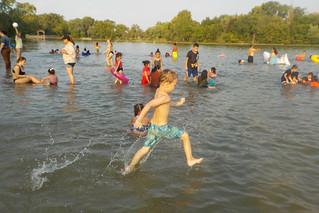 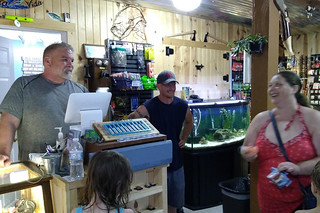 Sunday was predicted to be around 100 degrees, so after church (and a little house cleaning), we decided to take the kids off to a water park. Unfortunately, despite my best efforts of research online, we found every single public pool and water park on this side of the state had been closed, some of them for the whole year. So instead, we went down to Louisville Lake for a second dip in the water instead. There was a predictably giant crowd there already for the Labor Day weekend, but we had a good time getting wet in the cold water and letting the kids have one last float on their floaties before fall.

We also had a bit of a surprise when we went to get ice cream afterward and ran into Vala’s Pig Wrangler. When he isn’t calling hogs at Vala’s, Mark Celesky runs the concession stand at Louisville Lake. We got to tell him we were looking forward to seeing him next month, and he gave our kids a pig nose before we left, which was very nice. 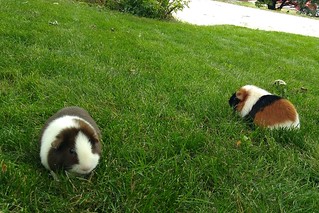 Labor Day itself was quiet and lovely, with temperatures dipping down to the 70s. I helped my dad put away his smoker and took a nice walk with the kids to and from his house, and later on I mowed the lawn in the cool and cloudy afternoon and didn’t even break a sweat.

We’ve also been taking care of Harold’s mommy while the Mills have been in South Dakota, so we let her and Harold have a nice graze in the lawn before the cold and rain came upon us for the rest of the week.

I hope you all had a lovely three-day weekend as we unofficially kick off another fun fall season!