Well, election day turned out to be more like an election week — with margins far narrower than any poll predicted and results much different on election night than they appeared days later. It wasn’t nearly as much fun as it was four years ago, but I’m still glad most of the people I voted for — particularly Congressman Fortenberry and Senator Sasse — will be returning to Congress. 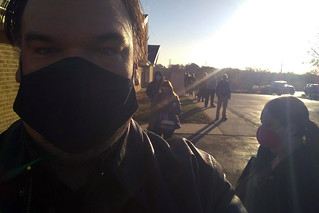 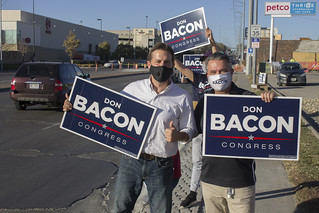 Last week, Vivian and I participated in the democratic process and cast some ballots down at Calvary Christian Church. I expected long lines and crowd, so my parents were kind enough to watch Hannah and Aaron while Vivian and I did our civic duty. There were a couple dozen people in line when we finally got inside to vote, and not much more had arrived by the time we were done. In the meantime, Hannah and Aaron build a few things with blocks and Lincoln Logs before we returned took them home.

Then that evening, Don Bacon and his crew were doing some last-minute sign-waving down at the corner of 72nd and Dodge. Because I work not far from there, I drove down to say hello and grab a few pictures. Among the sign-wavers was Senator Ben Sasse, who must have felt pretty confident about his chances to spend the waning moments of the campaign giving Congressman Bacon a hand. (I even mentioned this on my Twitter account.) 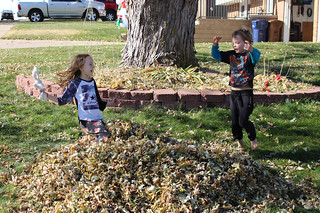 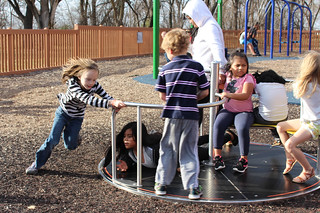 We had some delightfully warm weather over the weekend, so we spent as much of it as we could outdoors. On Saturday, I raked up some leaves so the kids could have some quality time jumping into them. Hannah also brought a few of her stuffed animals — reconfigured into Pokémon, since she and Aaron are currently enjoying that show — into the pile with them.

On Sunday, Hannah and Aaron made an herb garden and some no-bake cookies in Sunday school, respectively. Then we spent the afternoon down at Dreamland Park across the river. The place was very busy with people enjoying some nice weather before wet and cold hit us this week. They got some more time on swings and a merry-go-round or two before we headed on home.

Thoughts on the election

I’ve had a lot of thoughts about this election, which still feels up in the air despite everyone knowing what the outcome will be. I’m not, however, going to join with many of my friends in saying the election was stolen. I don’t think it was. The margins were ridiculously close in a handful of states, particularly considering what the polls were saying. There may have been some shenanigans that need to be looked into, but I highly doubt there was enough ballot-stuffing going on to flip the margin of victory.

This was an election where the Democrats were supposed to make major gains, and at the moment, it looks like the GOP will gain several seats in the House when they were supposed to lose them. Even if Trump had won, he would have had his hands tied with a divided Congress. Now, the Republicans look poised to take Congress back in 2022 and perhaps the White House in 2024.

So now, I’m focused now on the future, and the potential of meeting and greeting a whole new slate of candidates in a few years. And for now, the goal I had several years ago of getting a selfie with a POTUS was finally realized — just not in the way I expected. How do you like that, you dog-faced pony soldiers? 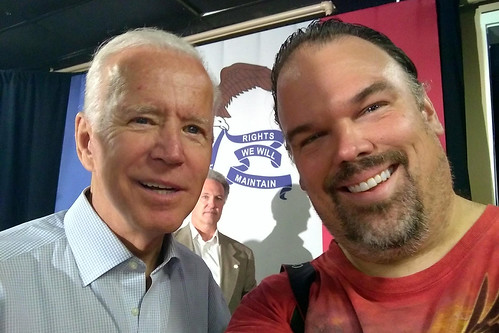