Christmas is nearly upon us once again, and that means wrapping up our preparations and having a week full of special holiday moments with our friends and family. 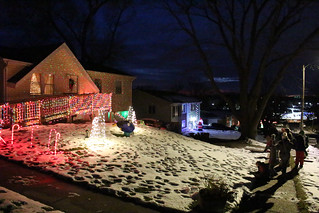 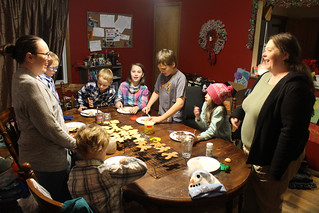 On Sunday, our friends the Mills invited us to go caroling with them and their kids. They have a tradition of giving little bags of cider ingredients to their neighbors along their street, so we joined them with our kids to sing Jingle Bells, Silent Night, and We Wish you a Merry Christmas up and down fourth street together after the sun went down.

We stuck around a bit afterward as the kids decorated and then ate some gingerbread men. I brought some actual wassail to warm up, and Hannah got a taste of an actual cinnamon stick for the first time before we headed home. 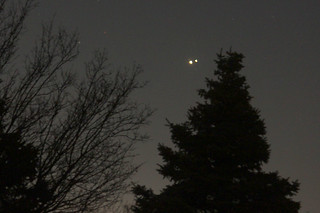 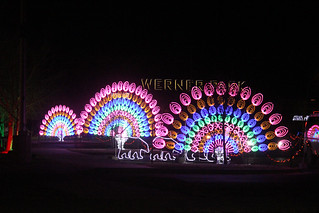 Then on Monday, we had a Great Conjunction in the sky, as Saturn and Jupiter made a once in eight-hundred year pass at each other. Vivian and I took the kids out to Mahoney State Park (in the dark) to see the sight, though we probably could have seen it just as well from our house. We were far away enough from the city to see a handful of extra stars, some of which I captured behind the clouds overhead while playing with my camera. I was able to get a mostly stable shot of the planets, though every other picture turned the two into little streaks of light.

On the way home, we stopped by Werner Park to catch a glimpse of “Santa’s Rock n Lights Drive-Through Light Show.” It actually cost upwards of $20+ to drive through (and a wait of over two hours, according to our friends), but we got a good view right from the street. 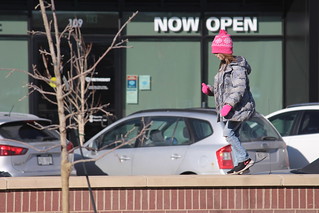 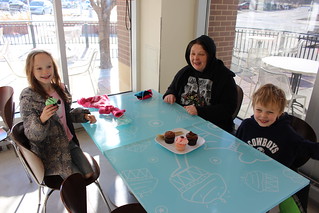 We had some lovely weather in the 50s on Tuesday, so we took the kids down to Stinson Park for one last lunchtime romp before the cold and snow returned before Christmas. Hannah got some swing time, and Aaron and I went on an adventure around the park fighting imaginary bad guys. Then before we left, we celebrated our last trip to the park with some cupcakes down at Jones Bros. They weren’t free like they were a few years ago, but I figured we could handle a once-a-year splurge before Christmas.

Then that evening, I swung by Jacobo’s in South Omaha to get some tamales for dinner —another one of those annual traditions to check off our list! 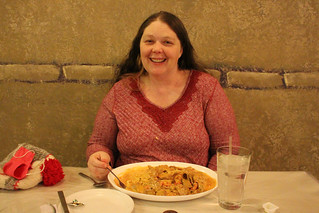 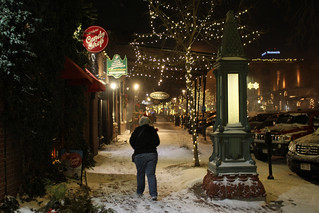 Wednesday brought some cold and snow to the metro, with temperature dropping and snow blowing throughout much of the day. Vivian and I still braved the elements to celebrate another “first date anniversary” together — marking fourteen years since I first asked her out way back in 2006. We went by Luigi’s in Bellevue and got some Italian food together (with some toasted raviolis to start).

Then afterward, we went down to the Old Market to pay our annual visit to the Old Market Candy Shoppe. The whole Old Market was decorated with lovely Christmas lights, illuminating our brief walk through the blasting arctic winds to get our Christmas fudge. I’m so glad we were able to mark another year together — in spite of the weather and everything else that 2020 has brought us.