It’s been a remarkably quiet week or so as the holidays fade away and a new year begins. Vivian smoked the discounted salmon I got on New Year’s Eve, which was quite tasty on a bagel. I also finally took down our Christmas tree and took it off to the dump to be with its many other tree friends. 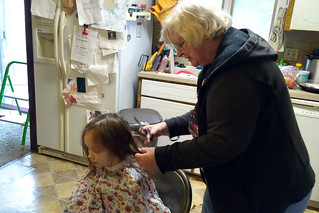 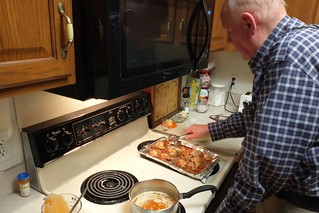 On Saturday, Donna came over and gave everyone a much-needed haircut. I’d been in need of one for some time, as I was reaching mullet territory, and Hannah got a short pixie cut and used some of Aaron’s scraps to make some adorable wigs for her little dolls.

Then on Monday, I went to my parents’ house to watch Alabama crush Ohio State in the National Championship game. My dad made some wings with homemade hot sauce, and I brought along some celery, blue cheese, and ranch to complement.