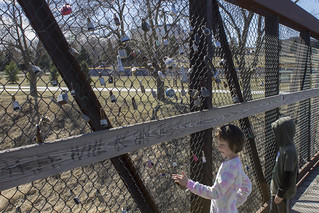 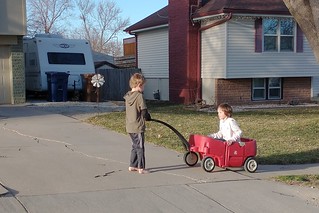 Our Spring Break continued with some lovely weather last week, which warranted a least one more trip to the Park. We had some Burger King for lunch before walking the kids up and down the Keystone Trail. They got to see a bridge with several padlocks clinging to the chain link walls, symbolizing bonds of love in a unique counterpoint to the broken plate we saw on Tuesday.

Then that evening, Hannah and Aaron took it upon themselves to clean out our garage and extract our little red wagon for a walk up the street. It won’t be long before we’ll be using again for a concert in the park (I hope). 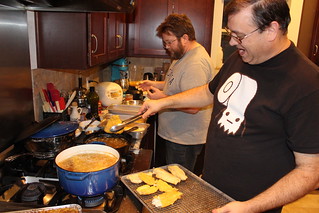 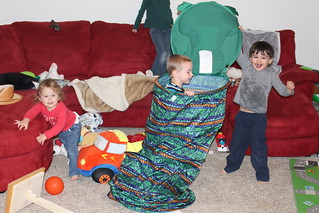 Then we had a fish fry feast with Phil and Jen on Friday (say that three times fast). We brought along things to make grilled cheese as our friends Jenny and Kody brought Banana Bread and some Mac and Cheese, respectively. Phil and Kody battered up and fried several filets of fish, along with some french fries and tater tots. We grown-ups also got to sample such unique things as peanut butter beer and some of Phil and Jen’s stash of hot sauce. We also got to try various treats from Taiwan, including “horse beans” and a soft drink made from white asparagus.

Our kids ate and had some fun playing with our mutual group of kids for a couple hours. It was also Gabriel’s birthday, so he got a dinosaur racetrack to play with before we had some blueberry cupcakes for dessert. 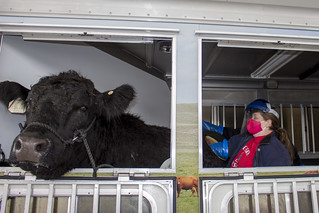 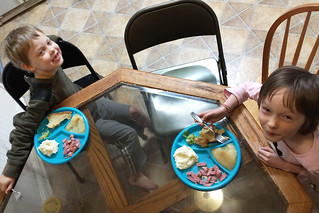 We had a mostly quiet weekend and celebrated “Pi Day” with some actual chicken pot pie, courtesy of Vivian. Then on Monday, Hannah and her homeschool group got to see a “holey cow” provided by Nathan from the University of Nebraska and 4H. They got to learn about the insides of a cow, partly by literally putting their hands inside of it. This cow had a surgical hole in its side, which meant you could reach inside and even pick up the grass it had already eaten. I’m still reeling a bit from the idea, but it was hopefully educational.

In other news, it was also St. Patrick’s Day this week. That meant we learned a bit about St. Patrick at our monthly men’s dinner (which featured chicken from Pizza Ranch). We also had to have our usual Irish dinner of corned beef and cabbage, along with some Irish soda bread Vivian was kind enough to bake to go along with our Irish butter. I even got some Lucky Charms for a “full Irish breakfast” in the morning. 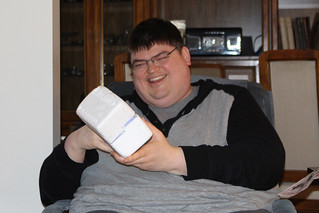 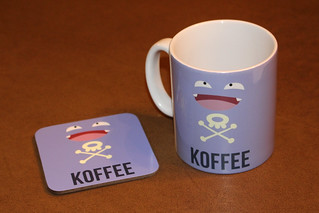 Thursday was Uncle Jonny’s birthday, and it was just sunny enough for an evening walk down to grandma and grandpa’s house to celebrate. Hannah and Aaron each decorated some cards for him, and I brought along a “Koffee” mug as a gift. If you’re familiar with the Pokémon TV show, you know exactly how to say that word.

In other news, Hannah likes puzzles, Aaron lost another tooth, and I used a giant batch of leftover mashed potatoes to make potato pancakes.