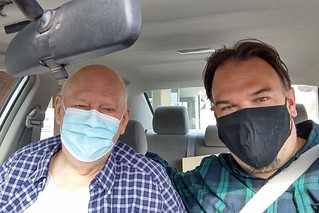 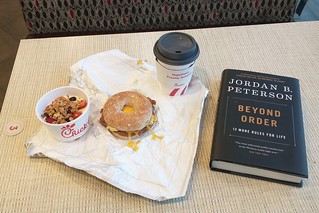 It’s been a busy few weeks since Easter for us, partly because of a few medical situations with my mom and dad. First, my mom had Covid, which eventually infected my dad, who had to be hospitalized in the ICU briefly with some breathing problems. It was a scary couple of days, but he’s since been doing better (after many prayers all around), and I was able to take him home last week.

Meanwhile, after having Covid, my mom had an emergency with her right eye, which had to have an emergency surgical procedure to relieve pressure on the retina. Her retina had fortunately not become detached, but without surgery, the eye could become permanently blind. I took her to the hospital bright and early on 5:30 AM on Tuesday, where the operation apparently went well. In the meantime, I had a lovely breakfast of Chick-Fil-A while reading Jordan Peterson’s new book, “Beyond Order” (and discovering their Chick-Fil-A sauce now comes in convenient 8 oz. squeeze bottles). 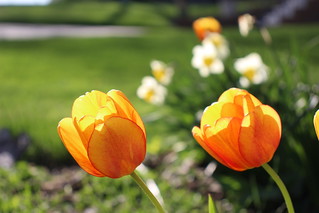 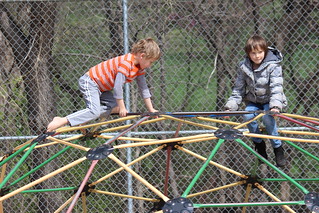 In other news, spring has sprung once again, with tulips and daffodils popping into bloom in our front yard. Our kids have been making good use of the nicer days, getting outside and finding such things as an actual four-leaf clover in our yard. We’ve also gotten Harold, who’s been enjoying his new hammock, out to explore the kids. Vivian and I are always trying to make sure he’s not just stuck in his cage all day.

Then on Saturday last week, we took the kids down to Memorial Park to have some McDonald’s for lunch and get some fresh air. Hannah found her way to a “secret” playground across the creek by St. Margaret Mary’s School. 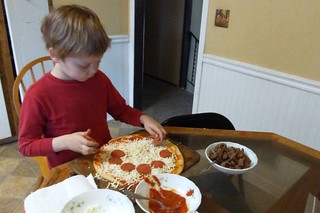 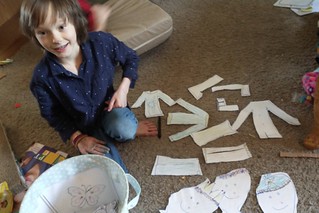 We’ve given the kids some fun culinary experiences as well, including German food from Aldi, French toast, cheesesteak sandwiches, “snowball cheese,” and a take-and-bake pizza, which I thought Aaron would have fun decorating with us.