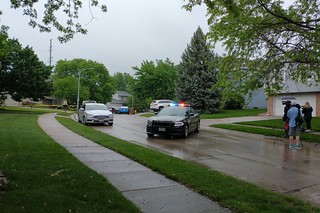 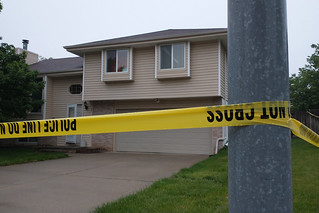 An unthinkable thing happened at the house next door to my parents’ last week — it was the sort of thing you might hear on the news, but never about people you’ve actually met. If you live in the area, you’ve probably heard this story already, but if you haven’t, I’ll spare you all the details and let you read them elsewhere. Suffice it to say, the family next door had two kids, a boy and a girl, who very much reminded me of Hannah and Aaron at a slightly younger age. I’d seen them frequently when I would come by to mow my parents’ lawn. They seemed like any other happy kids I’d seen playing outside in the area — of which there were many.

Then on Sunday afternoon, I was out for a walk when I got a call from my mom. They’d seen me walking past their fence and warned me that I wouldn’t be able to come visit, if I were headed to their house. I’m glad she called, because the sight of a police car blocking their street when I came by — and police tape all around — might have sent me into a panic. She told me later that the children next door were found “deceased.” The news hit me like a punch to the gut. Deceased? I remembered seeing the girl just the other day riding her tricycle. She had talked to my mom and shown her her sparkling unicorn. Their dad — who I remember borrowing my dad’s lawn mower on one occasion — was being charged with their murder.

Making this world seem even smaller, the cop on the case was Andy Jashinske, who used to go to Twin Valley Church with us (and was on the finance committee with me). The day after, the police tape came down and was replaced by a makeshift memorial (by the metal post I would mow around). There was a vigil held for the children at a park Tuesday night, and a GoFundMe shared widely online to help with funeral expenses. I was just mostly in shock. I had been thinking these two kids could be friends with Hannah and Aaron when I brought them by for a visit. They weren’t just names in a news story — they were literally our neighbors, and the idea that they could be taken in such a horrific way was unimaginable.

It’s also reeling to see my parents’ street, specifically their house and the one next door, on the news nearly every day. We live in such a lovely, quiet little neighborhood that I already assumed — hoped, rather — that something like this wouldn’t happen. But I couldn’t do another update to my typically happy, light-hearted blog without acknowledging this event. It’s the sort of thing that shakes you to your core, but there’s very little you can do in response other than grieve and pray. 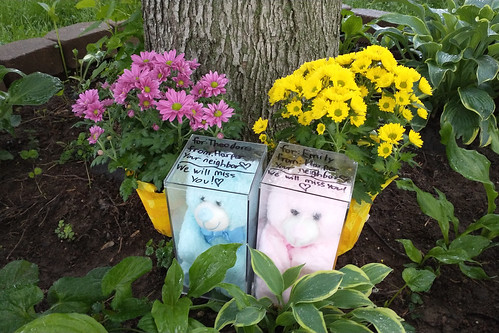 Goodbye, little ones.
You will be missed by so many.