Vivian and celebrated 13 years of marriage on Monday with an anniversary not quite as elaborate as ones in years past, but certain just as memorable. It was actually the first legit date we’d had since our “first date anniversary” back in December. 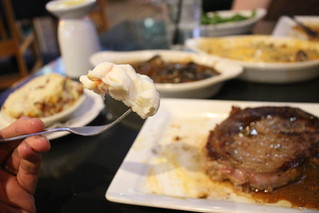 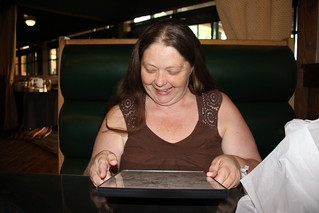 I decided to grab a few new clothes over my lunch break before our fancy date night together. Then we spent the evening down at Charlie’s on the Lake (a restaurant we’d been to in 2009, 2010, and 2013) putting some of that weight right back on. We both had ribeye, and I added a lobster tail to commemorate our honeymoon in Bar Harbor. We got clam chowder as well, of course, along with a tasty gorgonzola shrimp appetizer. Neither of us were able to finish it all, and we even got a free raspberry cheesecake for our anniversary, which is sitting in the fridge now waiting for dessert tonight.

We exchanged a few presents as well. I presented Vivian with my annual Anniversary Comic, which details events throughout the last year, including events as recent as the windstorm a week ago. Vivian gave me some tasty treats as well — Wild Maine Blueberry Jam, whiskey cornichons, and sriracha almonds — along with some new swim trunks and shorts (as the ones I have now are starting to fall off). 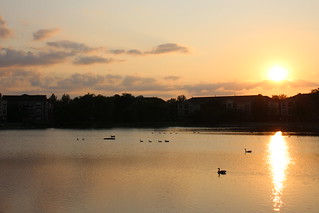 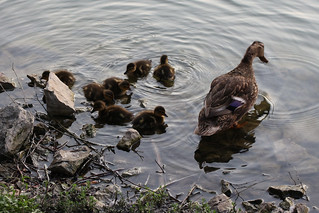 We finished off our evening with a lovely walk around the lake, watching some adorable ducklings with their mommy and hopefully walking off some of our massive dinner together. We would have gone for ice cream or even a shopping spree at Trader Joe’s, but everything in town seemed to close at nine, so we called it an early night.

We had one last little adventure on the way home. A mom and her daughter got their Kia stuck on the Chandler offramp with one tire half-submerged in a foot-deep puddle of water on the shoulder. They couldn’t get it to back out and had called a tow-truck, but I had the bright idea of straightening the wheel and trying to push it out instead with the help of another guy who stopped. That worked almost too well, as the car sped back onto the onramp, and I went falling into the puddle myself, soaking my left leg from the knee down. It still felt good to have been able to perform a good deed for the day. 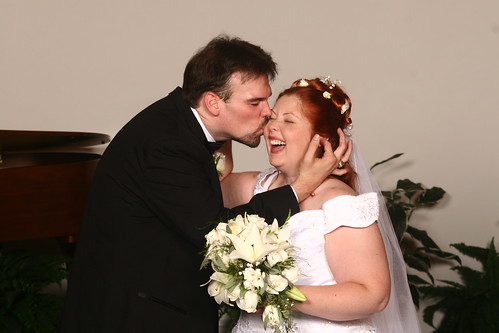 Happy Anniversary, sweetie!
Here’s to 13 years, and many, many more!