We had some massively hot weather toward the end of July, broken up with a storm that cooled things off just in time for some fun outdoors (and some politicking). 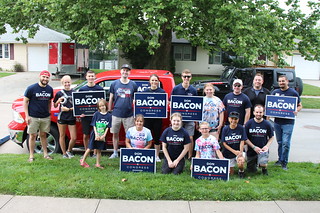 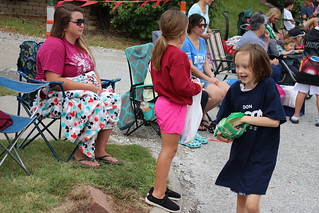 On Saturday, Hannah and I drove out west to walk with the Bacon Brigade in the Gretna Days parade. Our crew was nestled in with a few other folks — Brett Lindstrom, the Sarpy County GOP, and then Charles Herbster’s crew bringing up the rear. Hannah got to hand out candy, as she did for Ben Sasse back in 2019, and she was quite happy to hand out fruit chews to kids all along the street.

I walked along mostly taking pictures of everyone else, but one lady from Team Herbster offered to snap a photo of Hannah and me during a lull in the parade, which was nice. It’s very rare I get photos of myself during events like this! 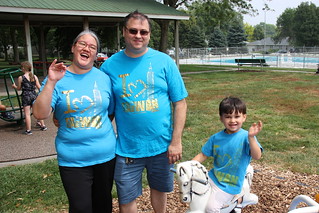 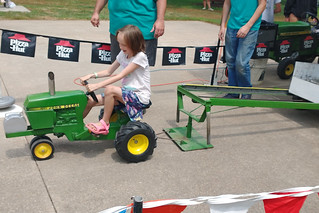 Afterward, we met up with the Simpsons at Peterson Park to let the kids run around a bit, have a little lunch and some time snapping random family photos of them on the playground (wearing “I Heart Taiwan” T-shirts).

Some folks from “Gabriel’s Angels” was putting on a kiddie tractor pull, and Hannah was brave enough to give it a try. She didn’t place well enough to make State, but I was very impressed that she was filling to jump into the competition all on her own. 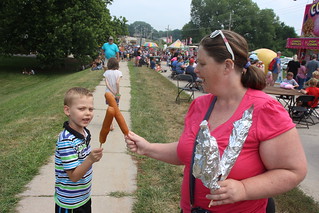 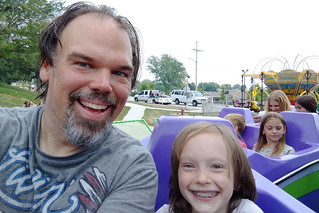 Vivian and Aaron joined us before long, and then we all spent the afternoon at the little carnival just off Highway 6 for much of the afternoon. We got some giant corn dogs (which seriously impressed Aaron) and then checked out a few of the rides, including the Go-Gator, some little shooting planes, the bounce house, and the Jungle Fun obstacle course.

Hannah and I also went on the “Hurricane” together, which was one of those dizzy rides that doesn’t quite sit well after having a giant corn dog, but she handled it like a champ. I also went with her, and Vivian reminded me to sit on the outside eat so I wouldn’t crush Hannah with centrifugal force. 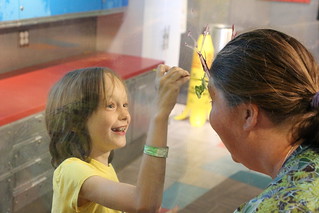 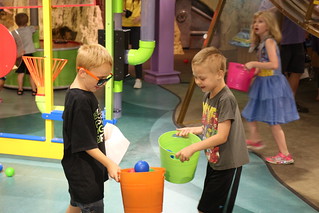 Then on Sunday, we took the kids down to Ted & Wally’s to have some ice cream to celebrate them both finishing their Sunday School classes for the year. I helped Grammy do a few chores afterward, hauling some sand, bricks, and mulch home from Menards and laying them out in her yard.

Then that evening, we took a trip the Omaha Children’s Museum, a place we hadn’t visited since December of 2019. They had a game-themed exhibit upstairs with a few games and balls, but much everything else was just as we remembered — the auto repair zone, the ball area with pneumatic tubes, play grocery store, and the water area. Our friends the Mills were there as well, so Aaron had some quality time with August racing Pinewood derby cars, while Hannah got a bit artistic, painting Mommy’s face and creating a paper bag puppet of ME, which was very sweet. 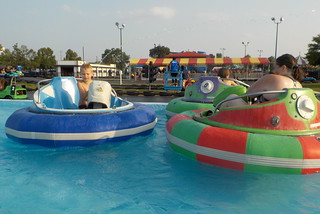 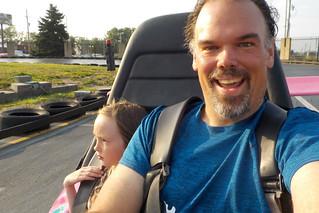 And then on Monday, because we weren’t exhausted enough, we decided to take the kids to a late-afternoon trip to Fun-Plex before the end of summer! Hannah was finally tall enough to go on the big water slides with us, so Vivian and I got to share that experience with her. Aaron still had fun on the smaller watersides, going down multiple times on his own before hitting the lazy river and wave pool. The kids also hit the sweet spot for the rides, short enough for the Go-Gator, the little cars, and the planes, but now tall enough to ride go karts and the Bumper Boats with Vivian and me. We got a selfie in the hot air balloon and then got the kids some ice cream and cookies before calling it a day.

I’ve got a little more politicking going on this week before I take a trip to Cedar Rapids for my cousin’s daughter’s wedding. She was the flower girl in my own wedding, so it will be nice to be able to see her on the other side of the aisle after 13 years or so.