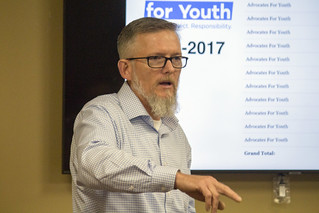 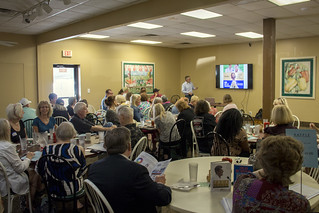 I’ve had another couple of days busy “politicking” as a new campaign season gears up mere moments after the last one stopped. On Monday, I dropped by the Garden Café for a luncheon with Matt Innis, who had a presentation on the new “Health Education” standards, which have garnered quite a bit of contr0oversy over the past few months. Since his unsuccessful attempt to unseat Ben Sasse, he’s been giving presentations (and posting memes) to get the word out the new standards, which essentially amount to LGBT propaganda aimed at children as young as Kindergarten.

There was a fairly friendly crowd of around 50 people in attendance, with many familiar faces (such as former State Senator Merv Riepe and two school board members). I sat with a couple who were actually suing Westside Community Schools over a teacher who told other students — falsely — that their daughter was a racist and tried to use the “N-word.” It was certainly an engaging hour of discussion in the room, and I left wishing I’d have the chance to vote for Matt Innis again sometime (though he said he has no plans to run for office in the future). 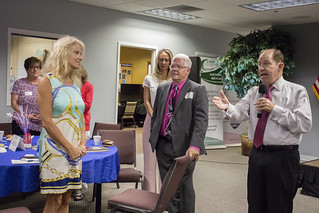 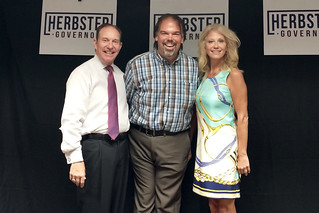 Then on Tuesday, I dropped by the Cross Training Center for a meet-and-greet with gubernatorial candidate Charles W. Herbster and Kellyanne Conway, Senior Counselor to President Trump. I saw many familiar faces in the crowd of around 60-70 people who attended, including Craig, Bob the sign guy, and my own city council member in Bellevue. Herbster and Conway arrived unannounced before the event and worked the crowd before things got started. Conway talked about her work in the Trump administration and dealing with political attacks. “People used to say you needed to have a fire in your belly,” she said, “but today you need to have the bile in your throat.”

Herbster talked for close to an hour about his campaign platform, cracking a few jokes while standing just a few feet away, making for a much more up-close and personal stump speech. They had time for Q&A and photos afterward (and of course I got one). It was an ideal campaign event, with lots of people both before and after the speeches to shake hands and ask questions. Herbster is also clearly the most Trump-like candidate in the running, right down tot he pre-rally playlist. The primary is still ten months away, so we’ll see if he can pull off an upset in 2022 as Trump did in 2016.