I had a fun little trip down to Cedar Rapids this weekend for Shannon’s wedding — my first cousin once removed. She was also the flower girl at my own wedding, so it was very cool to be able to be there when she tied the knot. 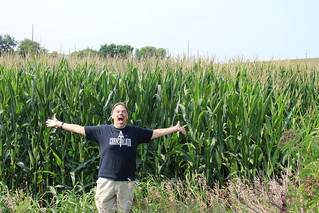 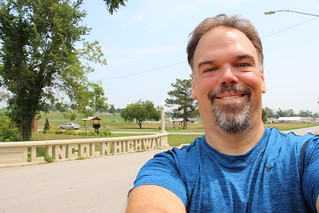 I drove on down bright and early Friday morning, grabbing some breakfast pizza at Casey’s and listening to some Jordan Peterson over the four-hour drive. I did a little sightseeing on the way, dropping by Adair to see the Smiley Face water tower, the Freedom Rock further up the road, and then getting a selfie with some cornstalks.

Then I took a detour to Tama to see the Lincoln Highway bridge. I’ve been a fan of the Lincoln Highway for a while now — it’s as much a part of American history as the Oregon Trail and Route 66, and it just happens to run both through Omaha and past the church where my parents got married. 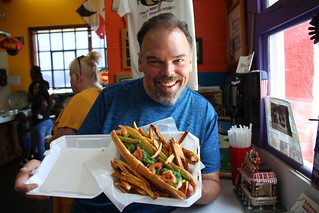 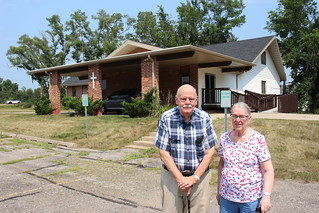 Then in Cedar Rapids, I met up with my folks at the Flying Weenie for lunch, grabbing a half-pound hot dog that kept me going most of the day.

Then afterward, we drove up Mt. Vernon Road to visit Valley View Church (which now called “CrossLife”). This place has a long history with my family — it’s where my parents were married, where my grandma and grandpa had their funerals, and where I was baptized with my dad back in 2003. It was also our go-to place on family visits, such as my cousin Laura’s wedding or family reunions or just our church on Sunday when we visited for a holiday. It may serve as a spot for a future family reunion. We’ll see. 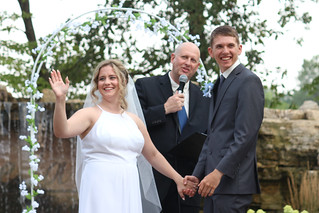 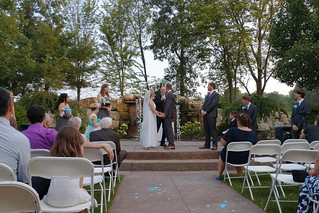 I checked in to the hotel and got in a nice walk on the nature trail next door before getting a shower and changing for the wedding. My hotel in Coralville was just six minutes away from the venue in Tiffin, which was convenient.

I saw plenty of familiar faces there, including the four Geho girls and a bunch of their kids I hadn’t seen in at least seven years — many of whom have kids of their own now. My Uncle Ben did the opening prayer and the groom’s father, who is a Pastor, did the ceremony. I naturally snapped photos all the while, finding me in a few convenient spots for a nice shot while trying not to get in the way of the actual photographers. 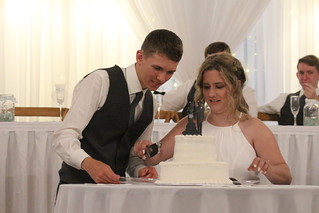 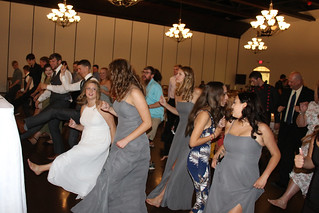 We had some dessert and dancing inside afterward, as well as some Brazilian cheese bread (Pão de Queijo). We had all the typical wedding elements, from the cake-cutting to the dances with mom and dad. There were some very tasty cupcakes in lieu of the actual cake (which seemed to be cut just for the photo op), and the sugar seemed to be enough to get everyone nice and goofy during some group dances later. No alcohol, of course, as the bride and groom, who coincidentally shared a birthday the following day (day, month, and year) were only turning 20.

I snapped plenty of photos, of course, and also managed to catch up with a few family members I hadn’t seen in aged — and also embarrassing myself trying to keep track of family members who’d grown up when I wasn’t looking. 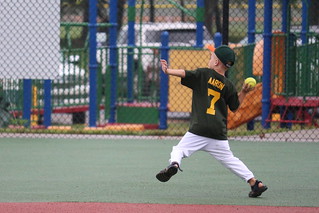 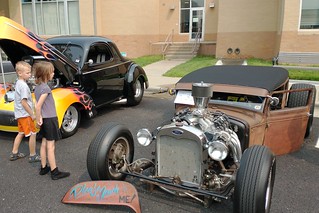 I got a quick breakfast at the hotel the next morning and gassed up before driving nearly four hours straight home. Aaron had his first tee-ball game that morning, which was nearly rained out by a passing thunderstorm. It was very fun to see him in uniform swinging a bat and throwing balls with a bunch of other kids. It was a bit casual and unorganized, but I was a proud papa to see my boy having fun.

Then on Sunday, the church prayed over the students as they prepared to go back to school next week. Afterward, we went down to Papillion to grab some ice cream at Graley’s together and then check out some classic cars at the car show around the corner. Aaron got to sit in a rusted out “rat rod,” and the kids got to see some shiny old cars from before even their grandparents were born.