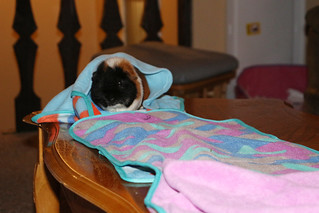 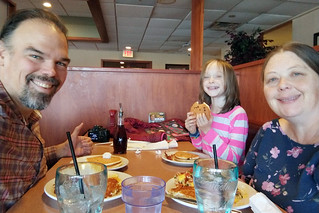 We had a couple birthdays to celebrate over the past week. First off was our little guinea pig Harold, who turned two years old on Tuesday. We celebrated by giving him some colorful carrots for breakfast and then a few treats in the evening, such as a timothy hay lollipop and a blanket with a fleece pocket to snuggle in.

We had another minor celebration as Hannah got her braces off after nearly a year of having to wear them. Vivian and I took her down to Denny’s to celebrate beforehand, and then Grammy brought her some chewy licorice candy as a treat after the came off. 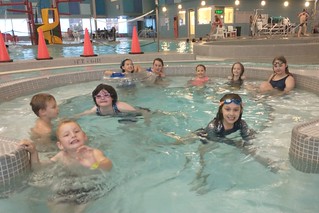 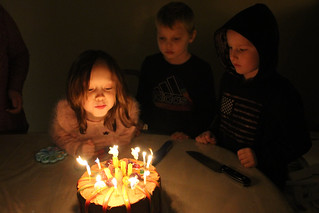 Next, of course, came Hannah’s birthday! We celebrated with her friends on the Friday before she turned the big one-oh, meeting up with them down at the Kroc Center for some indoor swimming at their water park. The kids got to have some fun swimming about in the lazy river and the “whirlpool,” and both Hannah and Aaron took at least one trip down the big red slide.

Afterward, Hannah opened a few presents in the Kroc Center lobby before we headed back to the house for some cake. Grammy made a chocolate ice cream cake covered with chewy candies that Hannah can now eat with her braces off, which was quite delicious (and fruity). 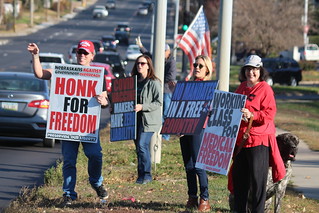 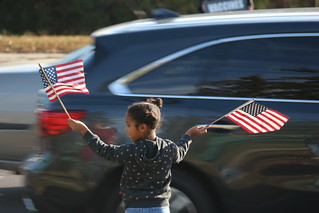 On Saturday, after teaching Aaron how to play checkers, I took a trip down to Memorial Park for a rally down on Dodge Street to protest vaccine mandates. Tim Davis of Freedom Rally USA and Allie French of NAGO were there once again with a couple dozen others waving signs. Among them was gubernatorial candidate Theresa Thibodeau, who came by to wave signs with others along the south side of Dodge Street.

It was gorgeous weather for such an event, and I didn’t even need a coat as I walked both sides snapping photos. 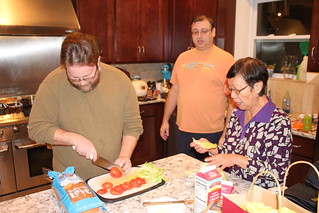 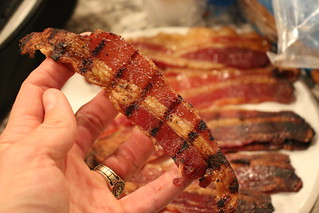 That evening, we dropped by Phil’s house to celebrate his birthday with a bunch of bacon. Vivian made some candied bacon on our grill, and our friends Jenny and Kody made some bacon-wrapped imitation crab sticks. Phil had ingredients for BLTs on the counter, so we all made a couple of those as well as our kids played together (and got read a story by Jen’s dad). 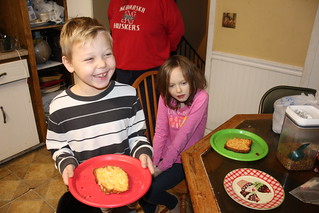 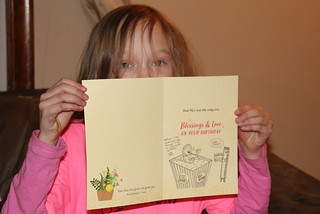 Hannah’s actual birthday came on Monday. Got up and made some of my mom’s “retreat toast” for breakfast before Hannah opened a few presents and put on her pink Birthday Shirt, which we’d helped her decorate the day before.

Then that evening, Grammy and Pop-Pop came over with Bella and a few more presents. Uncle Nathan also dropped by with a gift of his own, and Vivian and I gave Hannah the plush Cinderace Pokémon, which we knew Hannah wanted but decided to keep hidden until the last moment. I also drew a birthday card for Hannah commemorating her turning ten (with Ten from Number Blocks). Then we baked a few pizzas for dinner, grabbed some popcorn, and watched The Secret of NIMH in the basement together to call it a night. 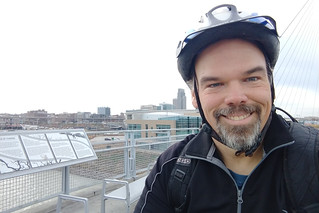 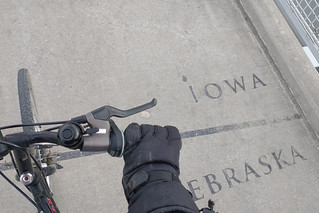 In other news, we’ve had a couple lovely days for bike-riding as we head on into Thanksgiving. I rode up to Regency Mall to do some shopping on Tuesday and then across the pedestrian bridge into Iowa on Friday (if you follow me on MeWe, you know why).

We had a record-breaking high in the 60s just ahead of Thanksgiving, and I took a ride up the Field Club trail to snap a before-and-after pair of photos commemorating a great year of bike-riding in 2021. Not sure yet how many more rides I’ll get to enjoy before the snow comes.