Vivian took a bit of a road trip down to Wichita and back to attend a friend’s wedding, so I had a day to myself with the kids, doing homeschool stuff with Hannah, grilling some burgers for dinner, and showing Hannah how to do video chat on her phone. 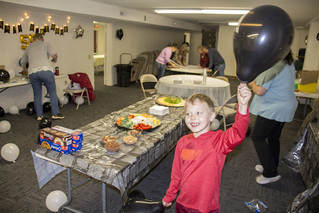 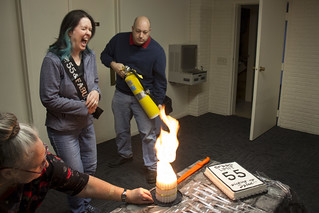 On Saturday, we drove down to Twin Valley Church (now Sojourn Church) to attend a surprise birthday party for Deena Stubbs. The kids got to play with their friends the Mills as I got to see some old friends from our old church before Deena arrived. Don invited a bunch of her friends and family members (including her old sensei), and then he lit a large group of candles that together nearly set the building on fire. We had some cake and got some photos in the makeshift photo booth Don put together before heading out. 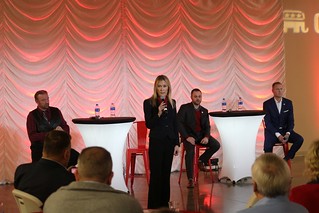 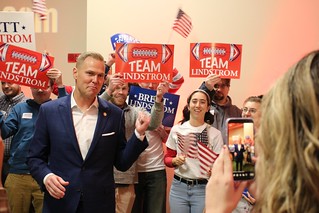 Then I took a trip down to the Cass County Fairgrounds in Weeping Water to attend a gubernatorial debate with Brett Lindstrom, Theresa Thibodeau, Breland Ridenour, and Michael Connely. Charles Herbster and Jim Pillen couldn’t make it for some reason, but I enjoyed being able to hear from the four candidates on issues such as education (specifically critical race theory), coronavirus overreach, illegal immigration,, broadband infrastructure and China, medical marijuana, voter ID, and the “heartbeat bill.” Thibodeau is a newcomer to the race, having previously been the Lt. Gov. pick for Herbster, but showing up for the debate on fairly short notice showed me she’s serious about running.

State Senator Lindstrom seemed to have the most (or at the most vocal) supporters in the crowd, though Connely and Ridenour also had a few fans, including Allie French from NAGO, who worked the crowd afterward. Pastor Ryan was there as well, and we chatted with Ridenour afterward, as the other candidates seemed to leave fairly quickly to attend a dinner with Joni Ernst up in Omaha. It was mostly nice to be back in the swing of campaign season doing what I like best — being close to the action, wherever it may be.