Another Christmas has come and gone in a flurry of busy days that passed in a blur! Vivian and I sent off a batch of Christmas letters to our friends and did a bit of last-minute shopping before all the fun began. 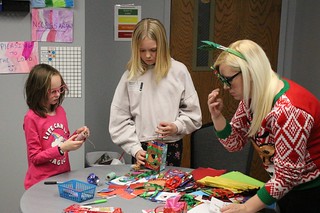 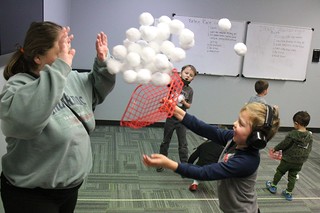 On Wednesday, we took the kids down to Wildewood Church for their Wildekids Christmas Party. It was a fun little event, with groups of kids divided by age making ornament gifts, having pretend snowball fights, and getting sugared up while watching VeggieTales together. Aaron in particular seemed to enjoy meticulously coloring his ornament, which he gave to Grandma and Grandpa on Christmas Eve. 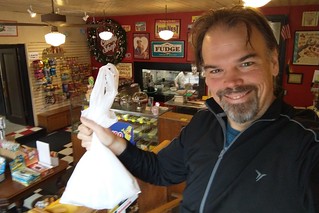 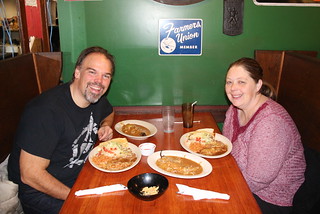 Then on Thursday, I went downtown to visit the Old Market Candy Shoppe, where Vivian I had visited for our First Date some 15 years earlier. I got a batch of fudge and then went down to the waterfront to the bridge to rent a bike and pedal up and down the trail there by Rivers Edge Park in Council Bluffs. It was a lovely December day for a ride, especially with some new scenery for a change!

Then that evening, Vivian and I celebrated our First Date by going down to Twin Creek Theater to watch Spider Man: No Way Home. Afterward, we rove down the road to visit Lil Burro for dinner. This little Mexican place has been a Bellevue establishment for decades now, and Vivian had never visited it before and thought it would be worth a try. It was pretty good — we both had chile relleno with tamales and beef tacos, along with a pair of tasty margaritas. It was a lovely way to get stuffed to celebrate a decade and a half of dating! 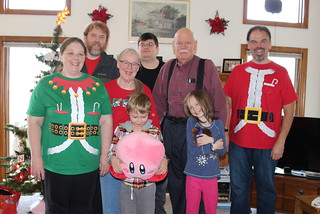 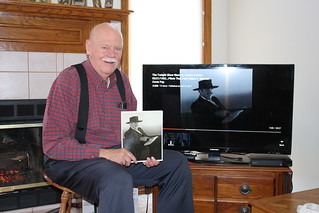 We had lovely weather Christmas Eve morning, once the fog cleared, and I walked with the kids down to Grandma and Grandpa Johnson’s house to open some presents together. Uncle Nathan brought his new lady friend Cheryl, who is from the Philippines, and she brought along a batch of very cute gifts for each of us, which included toy Filipino Jeeps and and Filipino tapestries. She even brought lunch for us all, which included a vegetable lo mein called pancit, spring rolls, flan, and macaroons, which was all ate together.

My dad also had a surprise for us: he had been on the Tonight Show with Johnny Carson some 39 years earlier. They’d stumbled upon an old episode form 1982 that featured a photo taken of my dad while at the Brooks Institute of Photography, which the Tonight Show used in a sketch about cancelled TV pilots. It was quite a surreal moment, which you can watch for yourself on YouTube here. 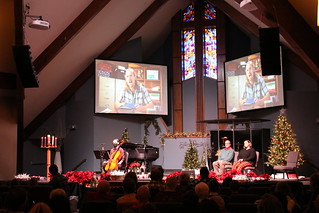 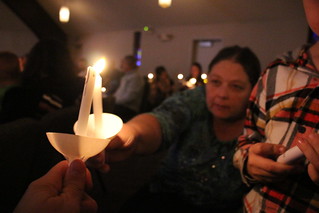 Later that afternoon, we attended a Christmas Eve service at Wildewood Christian Church, singing some Christmas songs and lighting candles together in the sanctuary. They even had a few gifts for our kids on the way out, which was very nice.

Then on the way home, we drove by a few homes in our neighborhood to see some Christmas lights before returning to the house to kick off a proper Christmas Eve. 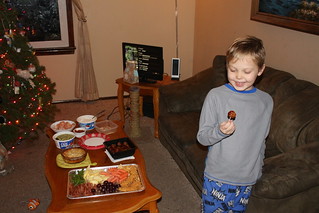 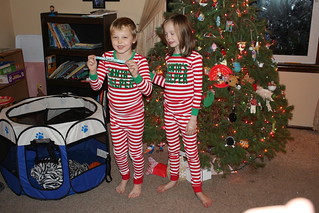 Grammy and Pop-Pop came by with a platter of hors d’oeuvres for us, which included barbecued meatballs and some pot-stickers (because you HAVE to have Chinese food at Christmas for some reason). We ate together and then opened a few of our “stocking gifts” in-between giving Grammy’s dog Bella a walk up and down the sidewalk outside.

Hannah and Aaron also got a new pair of Christmas Jammies to wear to bed as Mommy and I broke out the Egg Nog once Grammy and Pop-Pop had gone for the night. We got to sip it while bathing in the glow of Christmas magic (with Zoey) in the living room before bed. 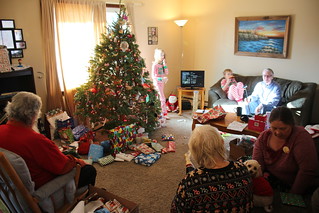 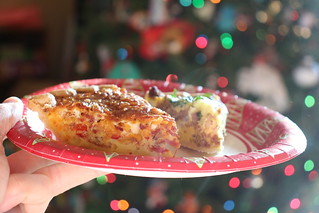 Then on Christmas morning, I made up some quiche and coconut toast for our Christmas brunch as Jack and Donna returned to watch us opened a handful of presents in our living room. I got a copy of Jean Shepherd’s “In God We Trust, all Others Pay Cash,” (the basis for the movie A Christmas Story), along with an audio version of Jordan Peterson’s new book. Hannah got a plush Mew, a Rubik’s Cube, and a toy horse for her dolls, while Aaron got a Mini PC loaded with Mega Man Maker, (clearly his favorite gift). Hannah also got matching dresses for her and her dolls, which she modeled for us. 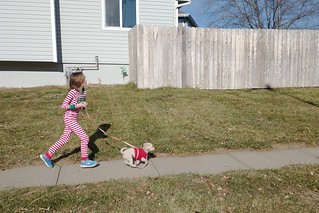 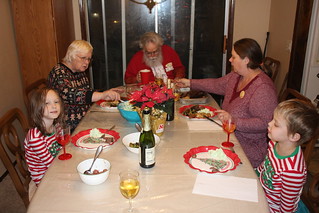 The weather was nice enough that afternoon for Hannah and me to take Bella for a walk down to the Sandy Park while Jack and Vivian started on some Christmas Dinner. Between the two of them, they put together a pot roast with roasted vegetables, Watergate salad, and Brussels sprouts. We washed it down with some Martinelli’s before watching The Snowman to bring a close to our magical Christmas season.

We somehow had enough energy to attend a joint Sunday morning service at Wildewood the next morning, but mostly we just enjoyed eating leftovers and spending the day playing with gifts together. It was another lovely Christmas, one I’ve learned to appreciate more while having all four grandparents still with us. 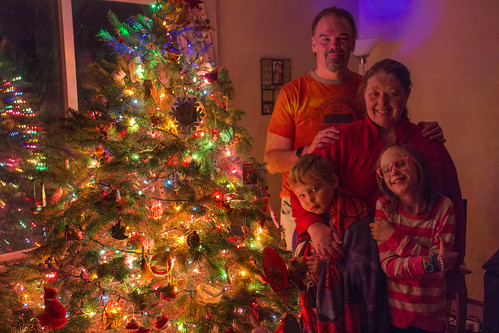 Merry Christmas to all, and to all a Good Night!