It’s been a fairly quiet week or two as we tip-toe into 2022. I managed to haul away our Christmas tree and took down our decorations as we finally said goodbye to the Christmas season. Hannah and Aaron have been having fun making levels in Pixicade and playing with their other Christmas presents. 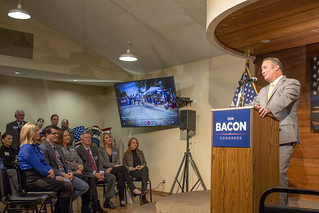 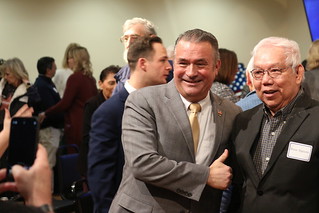 On Saturday, I got to attend the kickoff for Don Bacon’s 2022 campaign, along with a handful of noteworthy VIPs such as Mayor Stothert, Former Gov. Heineman, and Senator Fischer. Bacon’s gotten some heat lately for voting with Democrats on the infrastructure bill and even got a shout-out from Trump calling for a primary challenger. Bacon didn’t mention any of this in his stump speech, instead focusing both on Biden’s failures as President, particularly in the hasty and deadly surrender in Afghanistan, and also an emphasis on bipartisanship. I was able to chat with Bacon briefly afterward and said I appreciated seeing as much of him as we do in our district, and I said the same to Sen. Fischer. Agree or disagree, I appreciate being able to talk directly to those who vote in Washington whenever possible. 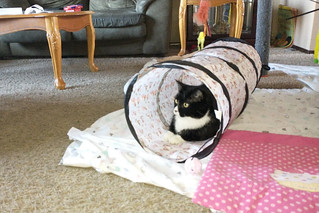 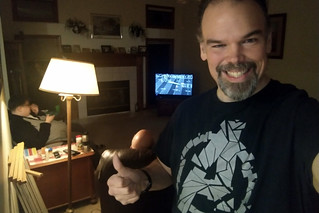 In other news, we celebrated four years with our lovable little fuzz-butt Zoey the Cat. It seems like just yesterday we picked her up from the Pet Smart down on 72nd Street and invited her into our home. We had a couple toys and treats for her, including a whole bowl full of salmon to eat for dinner.

Monday was also the night of the College Football championship game, so I went by my parents’ house with some Cowboy Caviar and got to watch Alabama to watch the game. Uncle Nathan and Cheryl also brought by some red and white strawberries (which Cheryl cultivated) and some green tea cookies, which we enjoyed while watching Alabama lose spectacularly to the Georgia Bulldogs. It was a disappointing outcome, but I still enjoyed an excuse to hang our with my folks for a few hours.