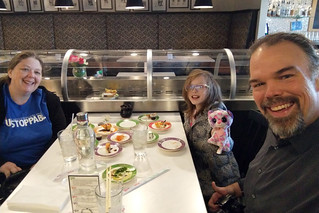 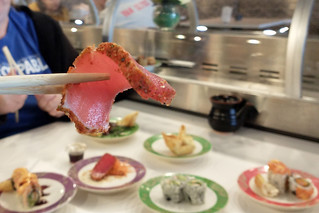 Vivian and I celebrated our “sushi” anniversary on Thursday last week, marking fifteen years of being “official” since 2007. We brought Hannah along with us up to the Yamato Sushi Train on 72nd and Pacific, where we had our fill of around two dozen tiny plates of sushi picked off a never-ending conveyor belt (plus a tempura plate). The three of us had more than our fill, and I was quite heartened to see Hannah having a few pieces of sushi and sashimi herself. She first had it when she was one year old, so I’m happy she still has a taste for it! 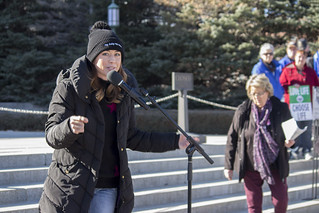 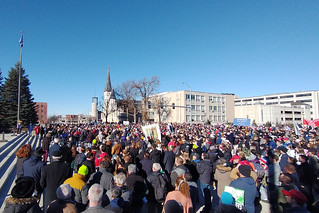 Then on Saturday, I went down to Lincoln for the Walk for Life at the Capitol Steps. A couple thousand other people showed up, including several noteworthy GOP VIPs — Mike Foley, Senators Fischer and Sasse, Congressmen Bacon and Fortenberry, gubernatorial candidates Thibodeau, Pillen, and Lindstrom, as well as several state senators, including Mike Hilgers, who was the keynote speaker. Ron Brown, veteran coach and current senior offensive analyst for the Huskers, was among the crowd, and he got up to speak as well. He said, “I haven’t brought a sign,” but then held up his bible, “This is my sign.” He told the crowd his story of being given up for adoption rather than being aborted and then coming to follow Jesus Christ.

Ashley Bratcher, who played the role of Abby Johnson in the movie Unplanned, gave a few closing remarks before the pink and blue balloons were launched into the sky, flying above the capitol dome. The crowd then proceeded to walk from the Capitol steps to Nebraska UN-L Student Union, with many of the politicians walking among the crowd down 14th Street. I walked along and then stuck around long enough afterward to get a few selfies by the capitol, and then I grabbed some Pho from Pho Nguyenn on 27th street before heading home. 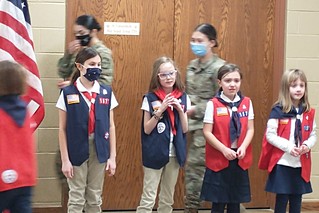 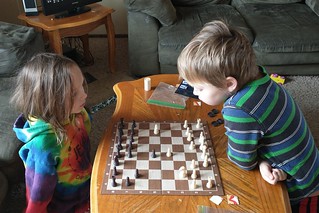 In other news, Hannah earned a few badges with the American Heritage Girls, which she was presented with at their mid-year “Court of Awards” ceremony last Wednesday. Aaron and I have also been busy playing chess together (including versions with his own made-up rules). I also got to visit with a few old friends from the Great Adventures group at Scott’s house on Saturday while celebrating his birthday.