We’ve had temperatures of ups and downs this last week, going from highs in the teens to sixties within a day or two (and jogging either way). I dropped by Wildewood on Wednesday as they kicked off their mid-week classes again, taking one on “Counter Culture” as Hannah checked out one of the many youth groups (and ate way too much candy). 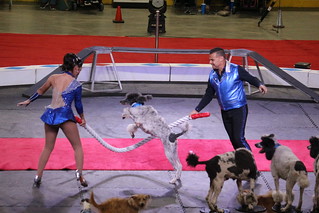 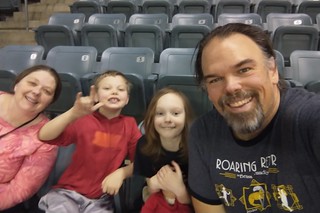 I had a lovely three-day weekend this week, taking Friday off so I could take the kids to the circus with Vivian. I also got to stay home with Aaron as Vivian took Hannah to BACH, so we got to do some Khan Academy together. Aaron was able to breeze through a third grade math section on his own, and he was so proud he wanted me to send the results to his teacher.

We headed to the Shrine Circus at the Mid-America Center in Council Bluffs after lunch. It was the first time we’d gone to the circus together since Covid started, so it was nice to be back seeing the clowns, trapeze artists, and trained dogs performing for us once again. I even got to take Hannah around to meet some of the clowns down by the three rings, and she got a couple trading cards from them, which was nice. We finished off our visit getting sugared up before heading back home. 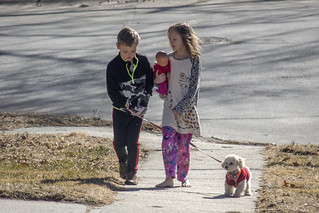 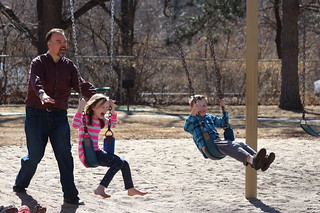 We had a fairly quiet weekend after that. On Saturday, Vivian’s mom came by and gave me a much-needed haircut in our kitchen. She also brought along Bella, and the kids got to take her on a quick walk up and down the block.

Then on Sunday, some mysterious stranger dropped off multiple boxes of stew ingredients in the doorway, so we helped ourselves to some of that for a meal later next week. Then we got some lunch at McDonald’s and took the kids (and Allie) to the park, enjoy a February day in the 60s together on swings, dancing and posing as the Statue of Liberty, and doing some play-fighting by the baseball field.

In other news, Macaroni and Cheese in a can exists.