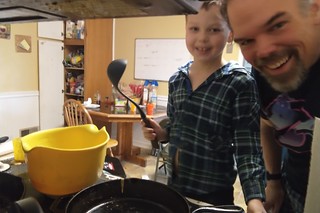 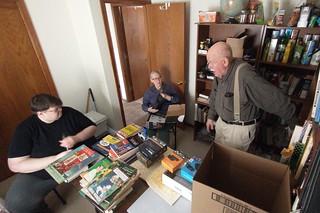 We’ve had a relatively quiet week or two enjoying some quality time with family. Aaron helped me to make pancakes and ice cube tray orange-sicles in-between games of chess and trips to the Sandy Park. Hannah’s also been horseback riding down in Plattsmouth and roller-skating with mommy during the week. I even spent one evening just drawing with the kids while listening to 80s music. That was special.

Harold’s Mommy also came to visit, which meant plenty of time building obstacle courses in the living room. On Groundhog Day I made sweet vermouth on the rocks with a twist (and added some bourbon, because I’m not a monster). Then on Saturday, I spent time with my folks and Uncle Jonny going through his library of old books and deciding which ones to keep and which ones to recycle. We had some Taco Bell and watched some embarrassing home videos before calling it a day. 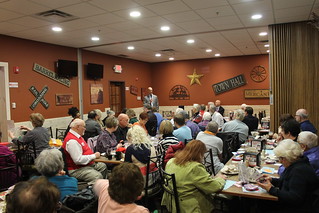 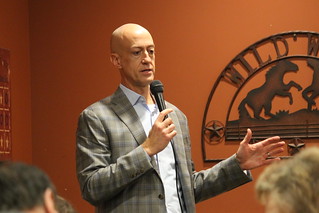 On Monday, the River City Republicans had Jim Vokal from the Platte Institute come talk about taxes at the Pizza Ranch. He specifically supported LB1264, which would focus on eliminating sales tax exemptions to increase tax revenue rather than the “EPIC” tax, which would replace multiple taxes with a single, higher sales tax.

In the meantime, we’ve had some delightfully warm January days, which meant I was out jogging nearly every day — and I didn’t even need a jacket. 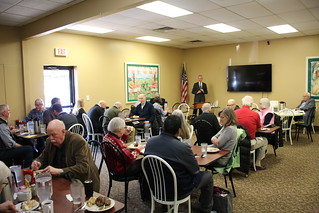 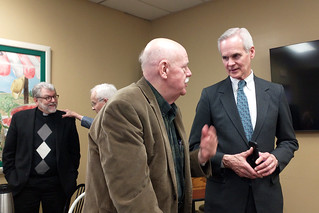 Then on Thursday, I attended a luncheon with Lt. Gov. Mike Foley and the Business and Professional People for Life. He talked about a handful of pro-life bills proposed by members of the legislature and answered questions about his future in politics. He had run for governor eight years ago and some thought he might try again, but he said there was simply too much money that would need to be raised (as the front-runners, Pillen and Herbster, planned to spend between $5-10 million).

My dad got to come along and personally ask Foley about his endorsement of Jeff Fortenberry over Mike Flood in the District 1 congressional race. One of the things I enjoy about living in Nebraska is how easy it seems to be to engage with our civic leader. Have a question for the Lt. Governor? Just go down to the Garden Café and ask him yourself (and maybe get some Salisbury Steak while you’re there).