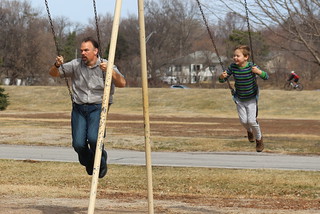 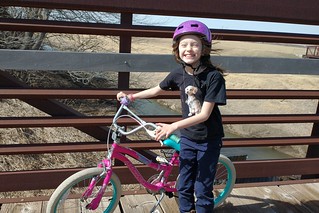 Spring has sprung! We had some gorgeous weather for the first day of spring on Sunday, so right after church, we got some burgers and headed down for some quality time at Halleck Park. Hannah made a few new friends on a see-saw, and I got to do some swinging with Aaron over on the swings. We also got to check out the stump where a giant tree had gotten torn down during the wind storm last July (with Vivian counting its rings). Then I walked down to Dairy Queen with Hannah to get some ice cream before we headed home.

The weather was so nice that I decided to go for a bike ride with Hannah a little later in the afternoon. The rode the South Papio Trail for a couple miles West until we got to Eagle Ridge Park, so Hannah got a little more park time before we started heading back. Then I took her for a second round of ice cream at Culver’s, just because. (Don’t tell Aaron.) In the meantime, Aaron helped Vivian made dinner by glazing up some chicken legs with barbecue sauce, which he and Vivian baked for us. 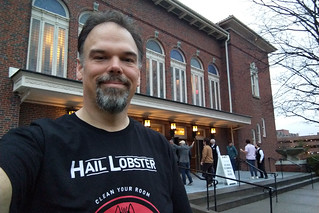 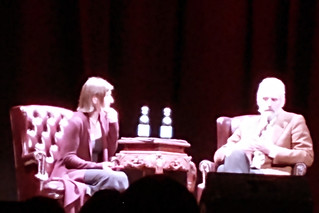 I had an exciting evening on Tuesday as I made a two-hour trip to see Jordan B. Person at the Hoyt Sherman Place in Des Moines. I’ve been an avid fan of Peterson’s for a couple years, having read both his books and listened to his podcast (and even gotten a t-shirt). I missed the chance to see him live in Des Moines a couple years ago, so this time around I snatched a ticket back in December as soon as they went on sale. (The show was now sold-out.)

Peterson appeared with his wife “Tammy,” who introduced him at the beginning and then gave him a list of pre-screened questions at the end for Q&A. Peterson also talked for a little over an hour about a few of his 12 Rules for Life (getting to only 2 or 3 of them). I was quite familiar with his material already, but seeing him live certainly made things interesting. The audience would laugh and applaud at various parts, and I could see Peterson was using some kind of presentation slides via trio of screens on the stage (and a clicker in his pocket). We weren’t allowed to take photos in the theater (which was painful for me, as you can guess), but I did sneak a couple blurry shots with my cell phone to commemorate the experience. 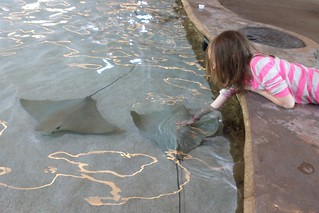 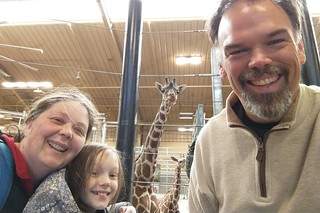 Friday was a fairly busy day, which I kicked off with some waffles, since it was apparently Waffle Day. Then once Aaron was off at school, Vivian and I took Hannah down to spent a good portion of the day at the Omaha Zoo. Vivian got to see the sea lion exhibit at long last and watched the playful, barking things both above and below water. We got to see some gorillas, rhinos, tigers, elephants, and a cheetah, as well as some odd creatures we’d never heard of, including okapi, bongos, takin, reeves muntjac, and Père David’s deer.

Hannah and I got to pet (and feed) some stingrays at the Stingray Beach exhibit, and we got a selfie with a giraffe. The Lied Jungle unfortunately closed just as I got there at three, but then we got to watch them feeding the penguins in the aquarium before calling it a day. 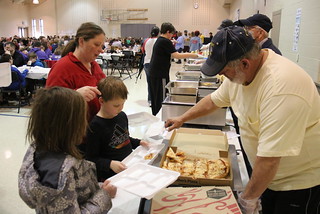 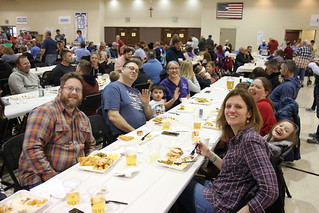 Then that evening, we celebrating the Feast of the Annunciation by gorging on fried fish at St. Charles Borromeo after a long day of walking. Our friends the Simpsons and the Dougans joined us for pizza, fried cod, tilapia, mac and cheese, and tater tots together. The line was relatively short as well, so most of us went back for seconds. It felt good to be back at a “normal” fish fry after things had been shut down for a year or two, particularly since the last time we’d been to this place was right before all that started back in 2020.