Spring is right around the corner, making it warm enough for Hannah to take her dolls for a “swim” in the backyard and even for the kids to have some ice cream on the porch after dinner. 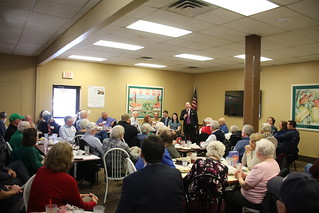 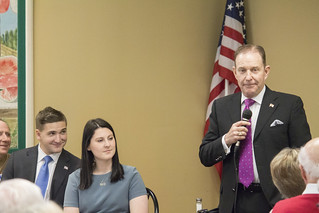 On Monday, Charles W. Herbster paid another visit to Omaha, this time speaking at the Pachyderm luncheon at the Garden Café. I’d seen him twice before and almost didn’t go, but it was easier than packing a lunch for myself. The place was packed, with extra tables being hauled into the party room and overflow guests relegated to chairs (or standing) on the periphery. In addition to Herbster, who gave a stump speech on immigration, critical race theory, and accepting Christ, there were a dozen or more candidates and other folks giving 45-second pitches for their own campaigns or other issues. Though I’m still on “Team Lindstrom” for the time being, I found Herbster as charismatic than ever.

I was also reminded how much he likes to “name drop,” talking about a conversation with Mike Huckabee in addition to endorsements from Donald Trump and Gov. Kristi Noem. He also recently got an endorsement from my old friends Don and Sue Stenberg, and he was introduced by former Mayor Hal Daub, which seemed to suggest more local support. Of course, he also got a recent endorsement from Mike Foley, which naturally ruffled feathers with the Rickets/Pillen crew. 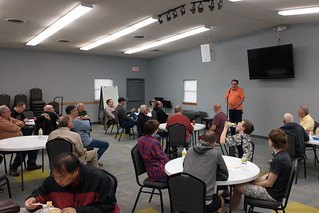 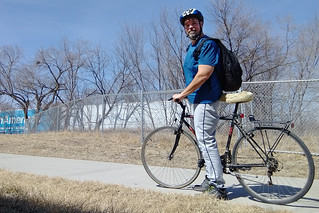 I’ve been making more and more visits to Wildewood recently. In addition to a Wednesday night study on “Counter Culture” (with Hannah coming along for their youth group), I went on Tuesday for the Men of God dinner, having some chicken strips and chili while listening to one member talk about his work with local youth at a juvenile detention center.

It’s been sunny and warm this week, so I went for a few lunchtime bike rides on Tuesday and Wednesday, dropping by Trader Joe’s for some treats for St. Patrick’s Day, and then taking a trip up to the silos by the Field Club Trail. I even managed my first bike ride to work this year, though it was cloudy and windy and cold and not nearly as pleasant on Thursday. 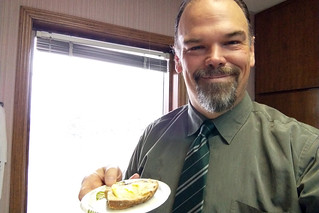 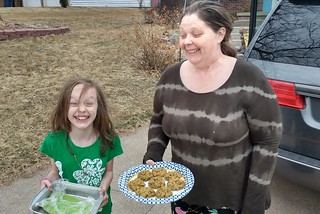 Then on St. Patrick’s Day, I wore a green shirt and tie to work and got to have some Irish soda bread with Kerrygold butter in the break room. There had been plenty of treats for days beforehand, including some cute St. Patrick’s Day donuts and pots of “gold” brought by some of our vendors.

Of course, we also had a veritable Irish feast at home that evening, with corned beef and cabbage with red potatoes made by Vivian. Donna also came by with some nut butter cookies and green Jell-O from Donna (and also Bella). Then after dinner, we watched Darby O’Gill and the Little People with the kids while eating some St. Patrick’s Day ice cream afterward. The movie was strangely more enjoyable for me the second time around. Aaron also cracked up at some of the scenes with the leprechauns but got a bit scared at the Cóiste Bodhar toward the end. 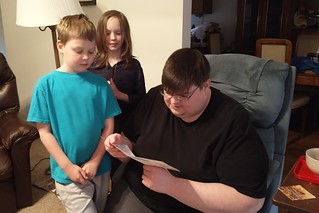 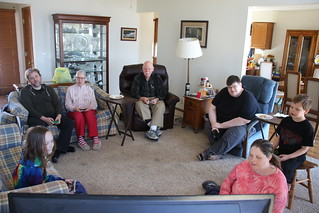 Friday was Uncle Jonny’s birthday, so our kids colored up a couple birthday cards and brought them over to say “Happy Birthday.” Then on Saturday, we had some lovely weather for a walk over to my parents’ house again for a proper celebration. (Hannah even got to ride her bike over.) Uncle Nathan joined us all as we had some Casey’s pizza for lunch and then played some video games. We briefly tried playing an eight-player round of Pico Park together, but it proved to be a bit too difficult to get everyone to cooperate and complete more than a couple levels together. Hannah tried playing a game called “Heave Ho” with Uncle Jonny before we turned over to watching a few home movies to finish off the afternoon.