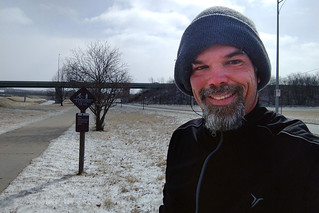 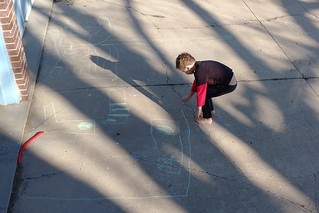 We had a few cold days last week, with temperatures dropping into the single digits during the week, but that didn’t keep me from running a 5K every weekday. I actually managed to make some of my best times, even with perspiration freezing into icicles on my face. It also made for some quality time indoors reading with Aaron and having apple pie.

It warmed up by the weekend, and the kids got to break out the sidewalk chalk before we took our first family walk of the year together. Hannah also got some quality time on her bike (more on that later). 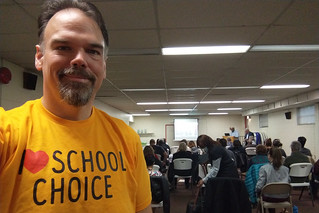 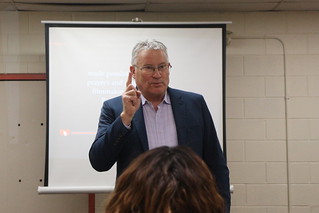 On Sunday evening, I dropped by the Judah Kingdom Center in North Omaha to see the documentary film, “Mind Polluters,” which dealt with sex education curricula in public schools. The event was hosted by Mark Bonkiewicz from Nebraskans for Founders Values, who also happened to be one of the guests in the film itself (something I didn’t learn until after watching it). There was an interesting mix of attendees, including my friend Jon Paper, a couple from Wildewood Church, and another couple from the Freedom Rallies I’ve attended.

Half the attendees were black, including Pastor James Patterson, who I’d seen at the Back the Blue rally in Memorial Park in 2020. One woman who ran a local daycare said that she wanted to see more “people of color” involved in issues such as this. “It’s not a Democrat issue or Republican issue,” she said, “it’s about our kids.” 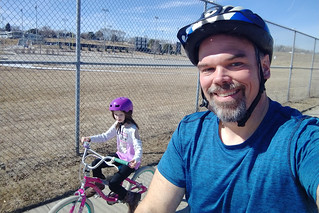 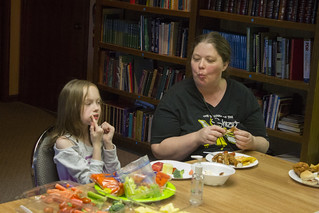 On Fat Tuesday, Vivian and Hannah stopped by the office and had a little Mardi Gras lunch upstairs with a few of my co-workers, sharing in the abundance of food (including King Cake). Then, because the weather was so gorgeous, Hannah and I went on a little bike ride up and down the Keystone Trail together as Vivian did BSF work at Stinson Park. Then we got a little ice cream from Coldstone before calling it a day.

Then that evening, we had jambalaya at home to finish off the day.