It seems this last week has been jam-packed, with activities every night and a few during the day. I’ve also given up coffee for Lent and have been running on Postum the past few days, which I had to special order online, as they don’t tend to sell that sort of thing in local stores. 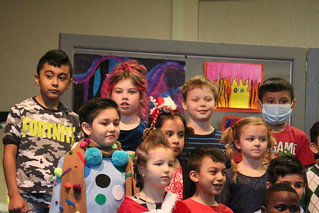 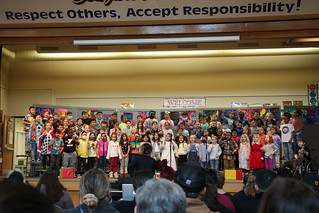 On Wednesday afternoon, Aaron’s class had a music performance for us, where he and his little classmates sang a few songs from Seussical the Musical and Disney’s Coco. Vivian and I stood up in the crowd and Aaron’s face broke into the biggest smile when he saw us. We also liked being able to see Aaron and all his little classmates, some of whom we only get to hear about on occasion. 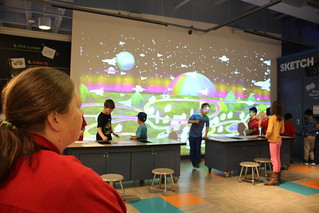 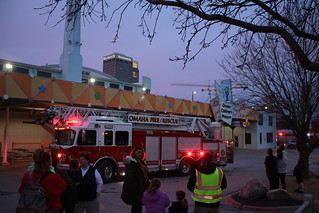 Then on Thursday evening, Aaron’s first grade class got to spend the evening at the Children’s Museum. It gave Aaron the chance to interact with his friend Nico as he colored spaceships and cars to add into a virtual world on a projector’s screen. The kids also got to see the traveling exhibit upstairs about wood, which included a tiny house they could help “build,” along with model trees and a tree house.

The most adventurous moment of the evening came, however, when someone pulled the fire alarm. We got to stand outside in the damp cold for 10-15 minutes as the kids played on the playground while the fire department rolled up to inspect and clear the building. It was the first time Hannah had actually experienced anything like a fire drill at home, making me think we ought to practice this sort of thing more often. 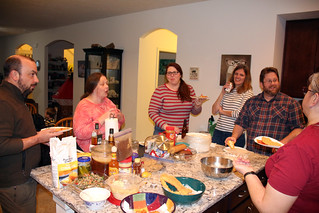 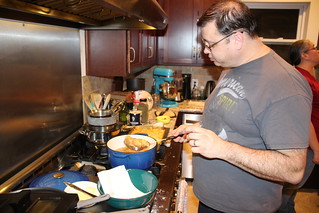 On Friday, we went over to Phil and Jen’s house for our a family fish fry. We were joined by a few friends, including Jenny and Kody, who had a cluster of kids among them who kept ours busy running around the house for a few hours. Phil and Kody breaded and fried fish (as well as cheese and some shrimp), which we ate throughout the night with such things as macaroni and cheese and some funky Taiwanese fish snacks. while having some hilarious grown-up banter as the kids kept themselves busy.

There was also some birthday cake for Gabriel (and a few presents). I was mostly just happy to see our mutual kids getting along so well, running in circles around the house as the grown-ups made hilarious banter with one another at the big table. 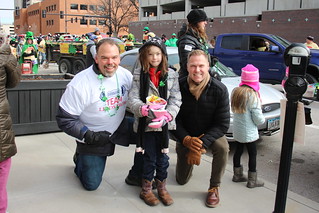 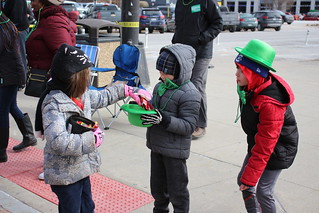 The next day, Hannah and I braved 12-degree temperatures and went to downtown Omaha to march in a St. Patrick’s Day parade with my friend Brett Lindstrom. He’s running for governor along with a few other people (like Jim Pillen and Theresa Thibodeau), but I’ve finally decided to put my support behind him this season. There were many other politicians in the parade, including Mayor Jean Stothert, and I saw a bunch of familiar faces with Don Bacon’s crew, though the congressman himself was still in Washington DC.

The parade went from 16th and Harney down to the Old Market and back along Howard Street. Hannah emptied multiple buckets of candy handing them out to kids along the route, and I got a nice little workout walking along, taking photos, and jogging to the pickup truck and back to refill Hannah’s bucket. The cold wasn’t even that noticeable once we started moving, and it felt good to be back in the swing of parade season once again.

We had a family movie night that evening watching The Love Bug (1968) with the kids over pizza. Then we spent Sunday covering as we turned the clocks forward and lost an hour of sleep for no good reason.