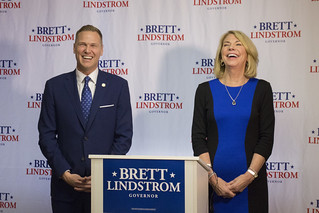 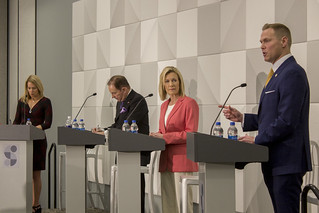 It’s been a week heavy with politics for some reason, particularly following Brett Lindstrom and the race for Nebraska’s next governor. On Monday, his campaign got a boost when Jean Stothert came by to make an official endorsement for governor. I got an invite to the press conference along with a handful of people from media, so I got to enjoy snapping a bunch of photos and even sending a few along to a guy from Nebraska Sunrise News to use in a story.

Then on Wednesday, I got to attend a debate forum with three gubernatorial candidates — Brett Lindstrom, Charles W. Herbster, and Theresa Thibodeau. Jim Pillen was a no-show, as usual, and that pretty much writes him off as a choice on my ballot. An anchor from KETV served as moderator and asked questions about taxes, education, and critical race theory. You can watch the full debate here (and get an eyeful of my bald spot in the corner during the first several minutes). 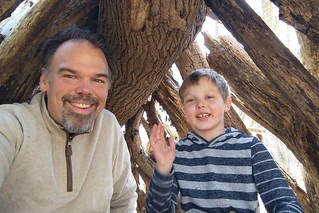 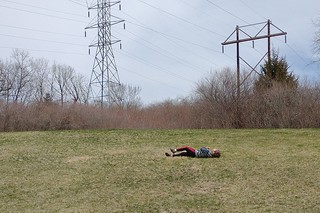 We had some absolutely gorgeous weather on Saturday, after a week of cold, gray cloudiness (with even a bit of snow). Vivian and Hannah went on an overnight camping trip with the American Heritage Girls, so I got to have some quality time with Aaron. I was able to install a “Mario Maker” game on his little Mini PC, which kept him busy as I tidied up a bit.

Then we went by Swanson Park to have some lunch and then have some time together outdoors. We went walking through a wooded area, climbing on logs and going into a makeshift shelter somebody left behind. He also got some time on the playground and rolled down a hill a couple times. 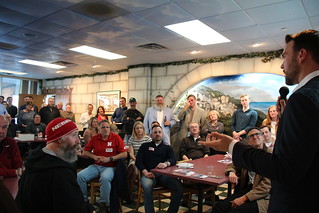 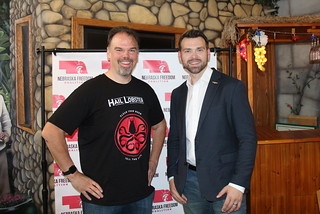 Saturday night was exciting for me, as I got to spend the evening with Jack Posobiec, one of my favorite Twitter follows and podcast hosts, and a bunch of folks with the Nebraska Freedom Coalition. They’d had an event earlier that day that was crashed by some local antifa thugs, and oen of them got the bum’s rush off stage by Matt Innis (who primaried Ben Sasse in 2020) and was taken away in handcuffs. The “cocktail reception” was held at Don Carmelo’s in Elkhorn and outside of a few angry phone calls had absolutely no problem whatsoever.

Posobiec himself was terrific, giving an hour talk and Q&A. He talked about China locking down Shanghai, the Whitmer kidnapping case going up in smoke, and how Trump enjoys watching angry reactions to his tweets on Twitter. He’d also come with his wife and kids and had spent some time in the Old Market at the Hollywood Candy store and Imaginarium, which was nice to hear. There were several familiar faces in the crowd (which was packed wall-to-wall, standing room only), including gubernatorial candidates Breland Ridenour and Theresa Thibodeau, Chris Baker, and a handful of other people running for office. Naturally, I got a photo with Posobiec afterward and also took a goofy selfie of me literally “following” him inside (which got retweeted by Beard Vet). 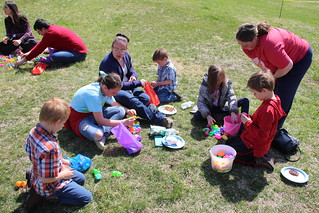 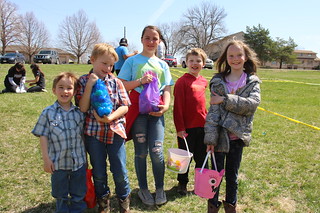 Vivian and Hannah returned from camping the next day, a little tired and sunburned. Then we went down to Renewed Hope church in midtown Omaha to go on an Easter Egg Hunt. They had some hot dogs and chips for everyone for lunch, and then kids in various age groups go to collect eggs in three squared off sections of the lawn. Hannah and Aaron each got a group of their own to compete in. The eggs were filled with candy, small toys, and “coins” they could redeem for bigger prizes. Lexi and her kids joined us on the lawn, which was nice, and the weather couldn’t have been better for an egg hunt and picnic outside.