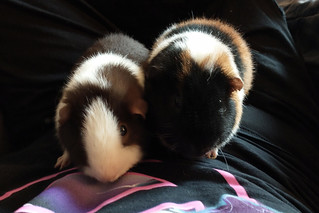 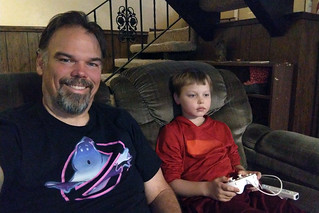 We’re pushing our way into Spring now, despite the occasional snowfall we’re still getting for some reason. On Sunday, I made a full English breakfast with leftovers and took Hannah by my parents’ house just to play some more video games with Uncle Jonny. Aaron’s been inventing his own paper and dice game with some D20’s he got for his birthday last year. He’s also had fun playing Mario Kart with his sister and me and making little stop motion videos with his digital camera. Mama Ginny also spent a week or two with us while the Mills were in Mexico, and it was nice to have Harold’s mommy for an extended visit. 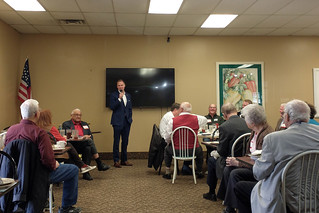 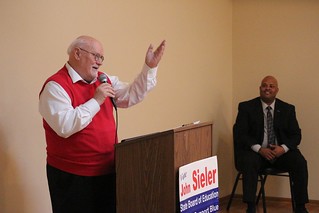 On Monday, I dropped by the Garden Café for a luncheon with Brett Lindstrom. He gave a talk about his campaign and various bills under consideration, particularly a few dealing with tax cuts, one of which got unexpectedly shut down the week before. As usual, there were several other candidates running for office, including one for Jeff Fortenberry’s seat, which he’s just recently vacated.

Then on Tuesday, I dropped by the OPOA union hall for a campaign kickoff with my friend John Sieler, who’s running for State Board of Education. I’ve known John for a couple years, and he asked me to help live stream his campaign event and take some photos, which I was happy to do. I even created Facebook page for his campaign using nothing but my cheap little Android before the event got underway, just so I wouldn’t have to stream the event from my own personal account. You can watch the video here. 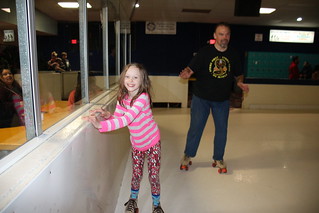 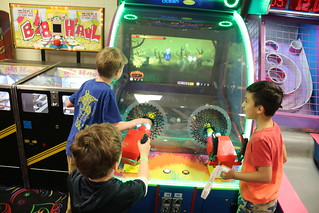 Then on Thursday, we had some unexpected fun down at Skate City for a “Roller Skating Party” with Chandler View Elementary. Hannah seems to really enjoy roller-skating, having gone a handful of times over the past year or two. I joined her on the rink as well, still ridiculously wobbly and unsteady on my feet. I only fell down once, though — onto the carpet (and getting a massive rug burn). It was still fun, and it’s so nice to see Hannah bravely trying something new and getting better at it every time.

We got the kids some chicken strips and hot dogs for dinner while we were there, and they spent some extra time playing on some of the games afterward, with earning enough tickets for a handful of little prizes.