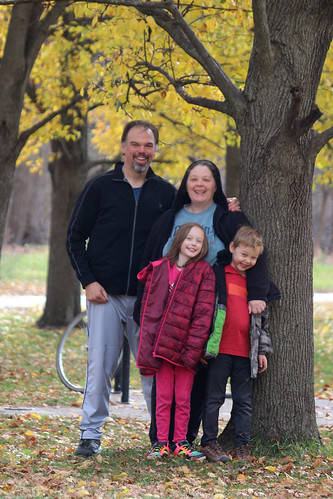 Hello, we’re the Johnson Family — Matt, Vivian, Hannah, and Aaron, as well as a cat named Zoey, and a guinea pig named Harold. We live in the Omaha area and have been having lots of fun and writing all about it since 2006. That means food, family, friends, and fun. And also some politics.

This humble site first started on blogspot.com in the pre-Facebook era, when friends used “blogs” to share what they were doing, and even in the era of social media, I stubbornly keep up this tradition. I started this blog shortly after my first date with Vivian and chronicles our entire relationship — from the moment we “made it official” to today.

Along the way, I’ve chronicled fun we’ve had with our friends over the years and had a couple kids. I’ve used it to chronicle the fun, happy times we’ve had together, with a particular emphasis on food we eat, places we go, and even the politicians we get to meet. It consists of the various fun things we do every week or so, including swing dancing, playing at the park, going on trips, attending concerts, and participating in whatever photo-worthy activities are happening nearby.

If you’d like to make the most out of reading this blog, here are a few bullet points to keep in mind:

That’s it. Happy reading! If you want to post a comment, please do. It’s the only way I know for sure anybody reads this thing.