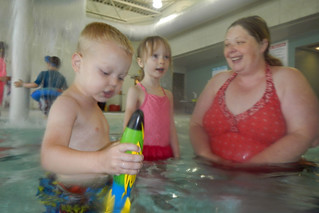 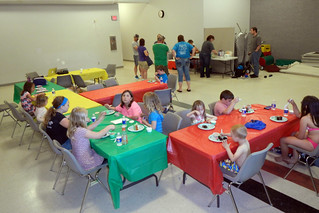 Mother’s Day was this weekend, so the kids and I got to spend some extra time showing the three moms in our lives how much they mean to us (which involved making cards and lots and lots of food, of course).

We first had a bit of fun on Friday as Kate celebrated a three-way birthday with her three girls at the YMCA in Milliard. The kids hot all sugared up and then we spent some quality time in the pool before heading home. 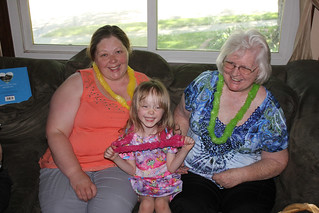 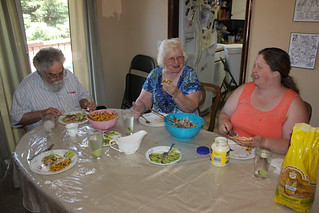 Then on Sunday, the kids and I got mommy up for a French Toast breakfast that featured flowers, cards that Hannah, Aaron, (and daddy) decorated themselves, and a poster of a flower made of Hannah’s hand-prints, which she made in preschool (and somehow kept a secret).

We headed off to church together, where Vivian and all the moms got some flowers for the day, and then we returned home with Grammy and Pop-Pop, where I made some ceviche for lunch. I’d never before attempted to make this cold, Mexican dish made of raw fish and lime juice, but it’s one of Vivian’s favorites foods, so I thought it was worth a figuring out, and I think it turned out all right. Grammy brought along some Flan for dessert, and then both moms got to open a few baskets of presents together on the couch. 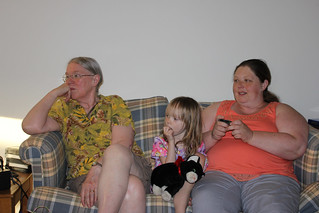 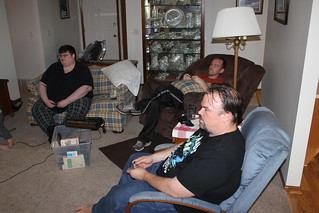 As soon as I got finished putting away lunch, I turned right around and started on dinner to take to my mom’s house. I assembled a fairly simple chicken alfredo pasta bake (garnished with parsley, per “Tasty’s” specs on their videos). I also put together a pie made with strawberries and rhubarb. It turned out quite a bit more soupy than I’d hoped, but it was my first pie of this magnitude, so it really was a learning experience. We ate together with the kids, and I played some video games with my brothers as the kids burned off some steam outside. My mom also got to open a few presents, which consisted mostly of nuts and candy.

It was a lovely weekend, though I was left kind of exhausted on Monday morning. That didn’t stop me from biking to work, however. The weather has gone from stormy to sweltering to gorgeous within the span of an eye-blink, so that means getting outside whenever it’s possible. Hannah got to enjoy some of that on Tuesday playing in the mud at Mud Pies before her last-ever day of Preschool. She’s growing up so fast! 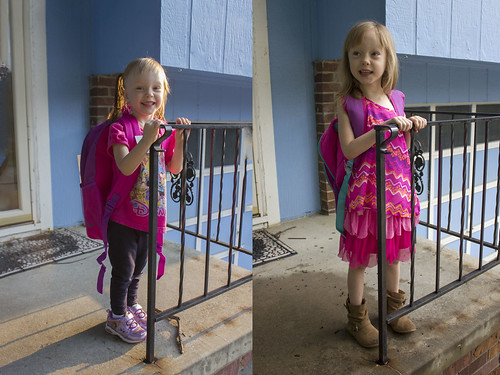