We had hoped to have a chili cook-off with Aunt Jessica on Saturday, but a brief bit of freezing rain seemed to keep a lot of people at home. 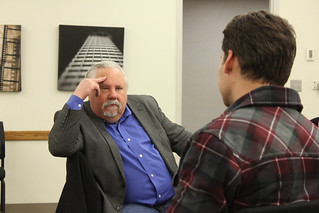 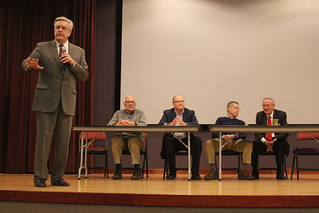 One event that was not cancelled, fortunately, was a Free Speech Forum hosted by Dr. Rick Galusha at Bellevue University. There were a handful of topics for various panels to discuss (“fake news,” immigration, the war on drugs, gerrymandering, and the Convention of the States), followed by a larger panel discussion with local politicians on those issues. I sat in with the Fake News group, have a lively exchange back and forth with Tom Becka and several other people. Former Omaha Mayor Hal Daub joined the panel afterward in the larger group, and I found it kind of refreshing that many people with very different opinions could argue and remain civil in a setting like this.

The freezing rain outside made things a bit slippery on the way home, but my rental Challenger made it a fairly easy trip home, where we stayed inside most of the day (catching up on Mario 3, among other things). 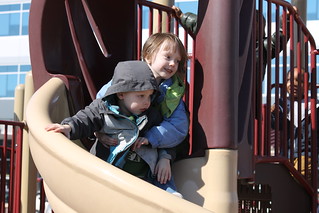 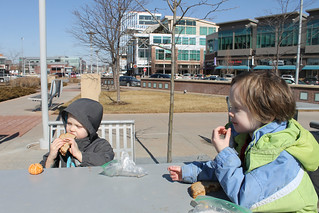 The weather seemed to turn a corner the following week, warming up enough to warrant our first trip to the park of the year. Mommy brought some lunch, and the kids got some quality time on the swings, slide, and jumping in puddles before heading home. 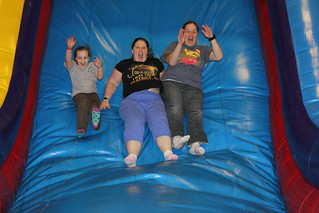 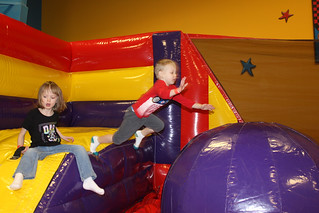 Kate’s girls Chloe and (other) Hannah had a birthday party with a bunch of little ones on Saturday at Pump it up, a kind of bounce-house party center in mid-town Omaha. Hannah and Aaron got to try jumping through an obstacle course and then had some quality time shooting down a giant, inflatable slide. Even Aunt Jessica, Mommy and Kate got into the action, which was quite hilarious to see. There were gifts, pizza, and cake afterward, though I drove around the corner for some more pho for mommy and me when we returned home. 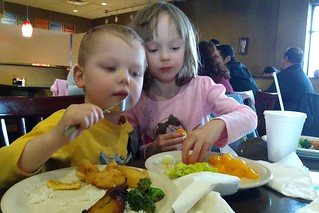 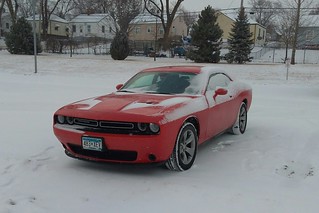 We’re definitely getting our fill of winter, with freezing rain and “weather advisories” nearly every day this week. Over the weekend, though, the weather was lovely enough to warrant a walk to Grandma and Grandpa’s House for an afternoon visit and some extra swing time on Sunday. Grammy and Pop-Pop also celebrated their 40th Anniversary, so they took us out to China Buffet to get stuffed with Chinese food and seafood from the Mongolian grill.

Then on Wednesday, I finally got our Civic — which had been rear-ended back in December — in to the body shop to see ift hey can fix it. In the meantime, I get to drive in a giant Dodge Challenger, which actually takes up more room in our garage than our Honda CR-V. It’s also handled the bit of winter we’ve had fairly well so far. 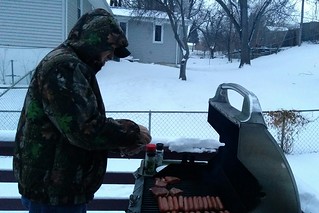 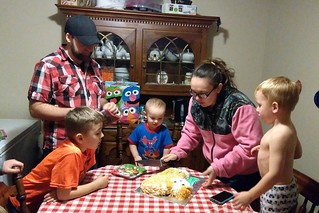 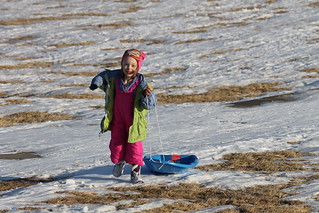 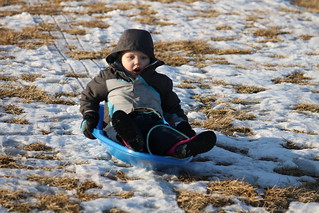 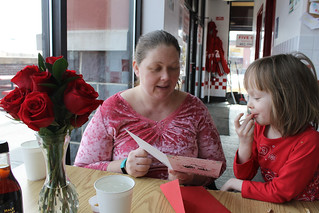 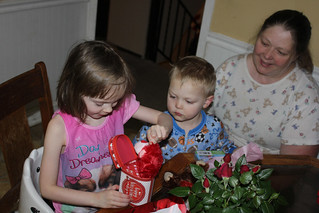 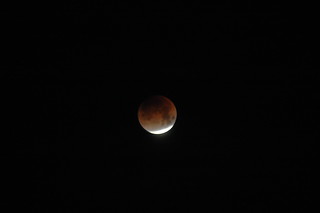 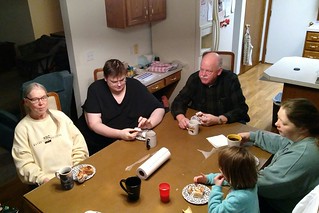 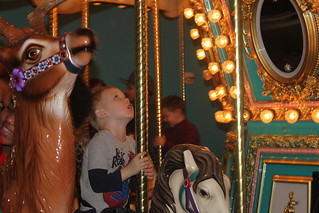 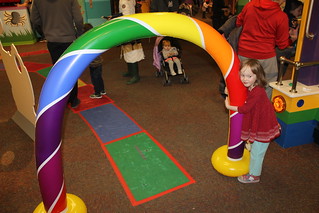 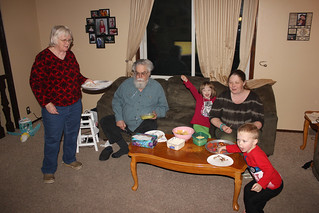 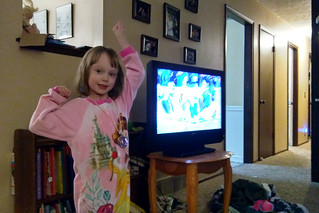 Then on Sunday, we had some potluck with our friends at Twin Valley Church before spending the afternoon preparing for the Super Bowl. Vivian made an assortment of tasty wings and nachos, and Jack and Donna came over with guacamole, clam dip, empañadas, and some tiny mini pizzas. I got both of the kids to make their predictions for the Super Bowl again this year, and the both picked the Eagles. For those of you keeping score at home, that makes Hannah four-for-four in her Super Bowl picks. She and Aaron both seemed enthusiastic about the game, though the snacks probably helped. Hannah also brought out a variety of toys, including her bizarre balloon doll and Zoey cats dressed in their “jammies.”