My brother Jonathan paid us a visit over the weekend to celebrate his birthday here in Omaha, and Nathan drove up from Lincoln to join in the fun. We celebrated in the traditional sense, with pizza, burgers, and a couple bad MST3k movies (that were actually quite hilarious) — Daddy-o and Girls Town, starring Paul Anka and Mel Tormé of all people.

We also spent a great deal of time playing with Photo Dojo, a downloadable game for the Nintendo DS. It takes advantage of the DS’s built-in cameras and lets you snap photos of your friends to create a Mortal Kombat style characters that can fight each other. We wrapped up the visit playing a round of DAK together at the kitchen. We didn’t even make it through one round, as Nathan and Jonathan both spent most of the time picking out cards they thought they’d thrown out. 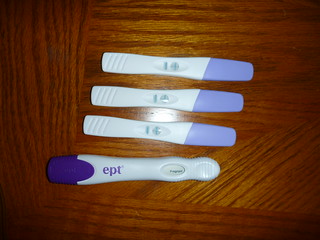 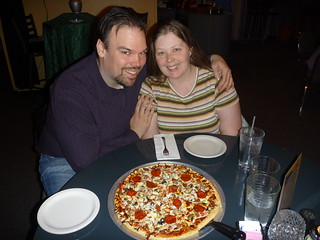 We have one other bit of exciting news — Vivian and I are going to be parents! Yes, Vivian took “the test,” and it came up positive! That means by the end of November, we’ll have a bouncing baby boy or girl on our hands. We’re still a bit overwhelmed with the news, and we went out to That’s Amore in Olde Towne Bellevue to celebrate together.

We’ll be keeping this all a secret for the time being, however, so be sure not to tell anybody until our “big reveal” party in May, which we’ll host under the guise of choosing a new color for our house.