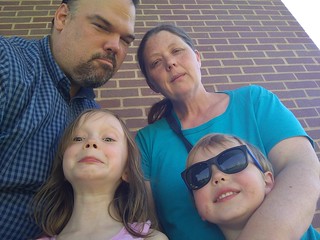 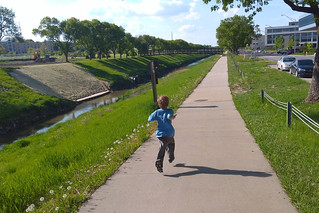 Well, we’re getting a taste of summer in the midst of spring, with temps going from 90 to 55 like they just saw a state trooper. As such, we’re taking advantage of every opportunity when the weather’s gorgeous to take the kids out for quality park time, running up the Keystone Trail, swinging on the playground, and getting a semi-serious family selfie like we’re ready to drop an album. 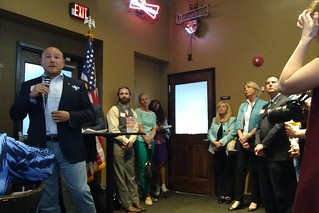 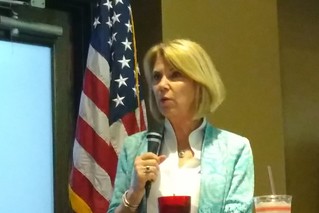 Then after park time, I dropped by DJ’s Dugout to hang out with some Young Republicans. I’m a bit too old now to be a YR myself, but I was still invited along to hear a few words from Mayor Jean on the state of the city. A few other local Reps were also on hand, such as Congressman Bacon’s communications chief Kyle, to give a few updates.

‎Mickey Manley (whose party affiliation I’m unsure of) was also there to encourage the youngster to join his Facebook group called “500 Millennials of Omaha,” which seems to be a lively place on social media to say the least. 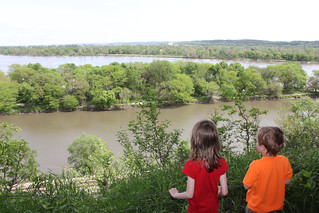 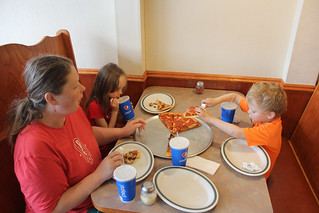 On Saturday, we had a fun outing with the kids to Mahoney State Park, which had free admission for the day. We took an obligatory trip to the top of the (perpetually shaking) observation tower to get a good look at the Platte River together and get a few goofy photos). Then we explored the forest near the river down at ground level afterward (and climbed a tree or two), as well as the lodge. We spent more time down at the newly-refurbished playground, trying out the rope bridge, merry-go-round, racing snail, and family swing.

We drove a few miles north to Ashland and had a quiet lunch at Breadeaux Pizza afterward. We walked up and down Silver Street just long enough to look at some meat before stopping by another playground just until some rain clouds came moving in. 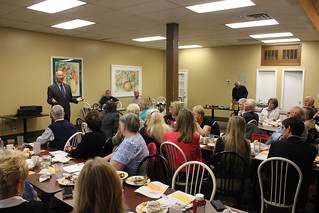 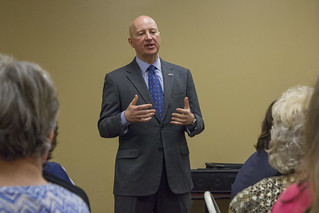 Then that evening, we watched Aquaman and planted a garden the next day. Then on Monday, I dipped into the political waters again to have dinner with the Governor down at the Garden Cafe. Gave a 40-minute talk to a handful of the River City Republicans to talk about on-going relief efforts from the massive flooding we had back in March, which included rebuilding major roadways and bridges. He also talked about taxes, specifically two bills in the legislature that will likely be raising them if they manage to pass.

There was some brief Q&A afterward, and I got to talk a bit with Ricketts about his recently “kicking over the hornets nest” posting support of pro-life bills in Alabama and Georgia. He’d recently been told by some left-wing groups that they were planning to protest him over it, which didn’t seem to phase him in the slightest.