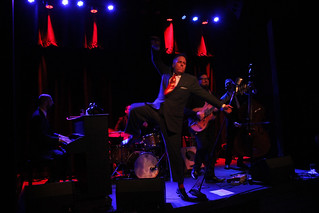 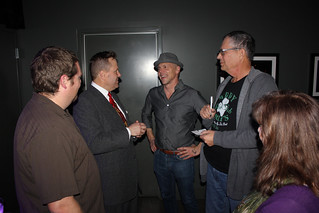 We’ve had a fairly busy week getting ready for someone’s six-year birthday party, with Thanksgiving coming not too far behind. That didn’t stop Vivian and me from driving up to the Reverb Lounge in Benson to see one of my favorite swing groups — Johnny Boyd and his band. Indigo Swing was one of the very first swing bands I ever listened to (thanks to Legostar from Comic Genesis), and they’ve even appeared in a couple of my web comics from time to time.

This is the third time I’ve seen them in person (first at Cowtown in 2013 and then at the Reverb a year ago), but it’s still surreal to hear songs I’ve heard for over a decade being sung in person just a few feet away by the man himself (as I’m Lindy Hopping to them). Vivian came along with me and actually got Johnny to play my favorite song by request, How Lucky Can One Guy Be. Jitterbug regulars Dan Wondra, Lisa Barrett, and Sherri Bevins also dropped by, as well as Koterba, who got me to take both as picture of him (and his son) with Johnny and do a quick one-minute interview with him between sets, which you can see on YouTube.

It was a fun, fun night, and it reminded me just how much I love the sound of neo-swing. I bought a CD for Johnny to autograph and have been listening to it in my car during my commute for the last couple days. There’s no antidote to bad traffic like good music! 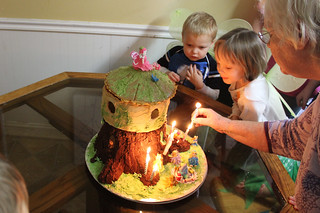 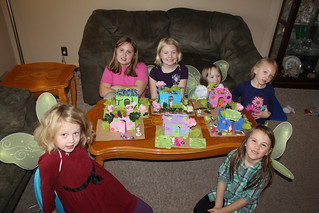 On Saturday, we celebrated Hannah’s birthday with a handful of her little friends — Nicholette, Kate’s three girls, and Sammy (along with her brothers, who mostly stayed occupied playing video games downstairs). It was a fairy themed party, so once our guests arrived, they all received their own pairs of wings. They then got to and decorate their own fairy houses with moss, sticks, buttons, and other ornaments. They even got little miniature fairies to live inside the houses.

Donna made an elaborate cake featuring fruit-themed fairies gathered around a cake of our own house outside a giant tree house with Tinkerbell sleeping inside (Zoey the cat also had a cameo). The girls had cake (and played with the fondant fairies) for a bit before Hannah got to open her presents. It was a fun little party, but the clear highlight was the cake, which Hannah played with all week after the party was over. 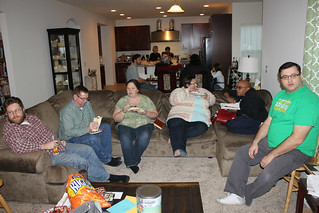 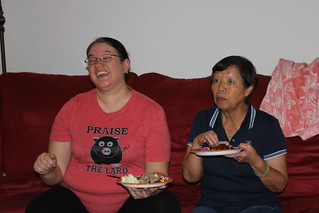 Of course, we had another birthday party to attend before the day was over. Our mutual friend Phil was turning 40, so we dropped by his place to stuff ourselves with a variety of pork products and blueberry cupcakes (blue also indicating the gender of Phil’s new baby, as we learned later). I got Phil a pack of seasonal hot sauces from Volcanic Peppers in Bellevue (which Phil was familiar with, of course) along with a card featuring himself as a bottle of “I’ve Had My Phil” hot sauce. Kate brought her girls along to the party, so Hannah got extra playtime with them before we called it a night. 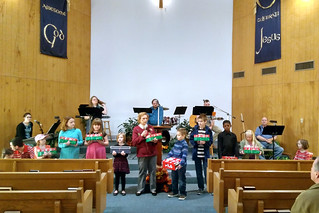 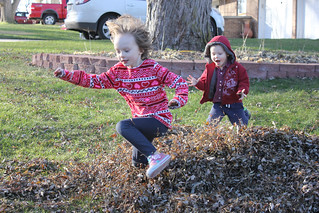 On Sunday, we brought a shoe box filled with toys and school items for Operation Christmas Child, which Lynne had blessed before the service. After church, we dropped by a new Bánh mì sandwich shop in Bellevue to grab some lunch on the way home.

Then in the afternoon, our kids got to play in leaves for a couple hours in the afternoon. We raked them up first before letting them dive into the leaves and throw them at each other for a while. I got to put up the Christmas lights as well, but Vivian had expressly forbidden me to turn them on until after Thanksgiving. 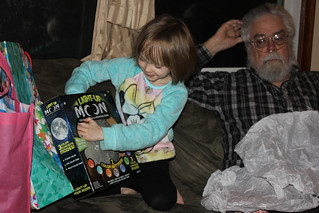 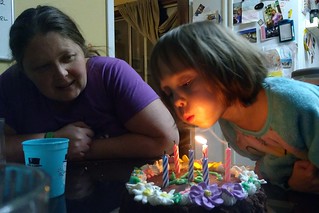 Hannah’s actual birthday came on Wednesday, and mommy took her for some quality time at her favorite restaurant play place. That evening, we had a low-key celebration with Grammy and Pop-Pop. We had some lasagna for dinner, and then we had some more birthday cake, which Hannah helped to decorate. Hannah also got to open some more presents, which included some more kitties and a light-up moon for her room.