So Spring is still here, which this year is including far more not-blistering-hot and not-still-snowing days than last year. It also seems to include far more birthdays, for reasons I can’t fully understand. 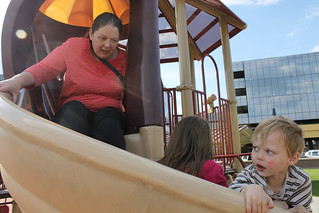 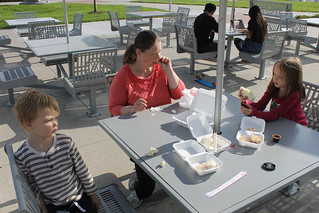 We kicked off the weekend last week with a trip down to Stinson Park with the kids after work. We mostly avoided the Heart Walk preparations, which were happening at the same time. Our friend Ryan was in charge of that, so Tamra brought Quinn (and grandpa) down while that happened.

Our kids got in some quality swing time and running around, and I tried unsuccessfully once again to introduce them to dim sum for dinner. Hannah seemed to like the Vietnamese spring rolls, but Aaron only wanted the fortune cookies. 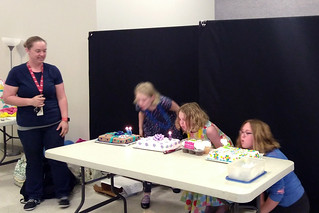 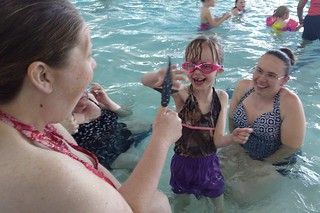 The next day, our friend Kate celebrated all three of her girls’ birthdays simultaneously down at the Armbrust YMCA. We got to have cake and ice cream with a veritable herd of other little ones running around (and getting sugared up). Then we managed to fill an Olympic-sized pool for an hour splashing around together with mommies, daddies, and siblings. 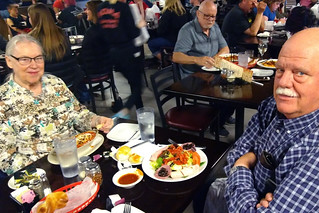 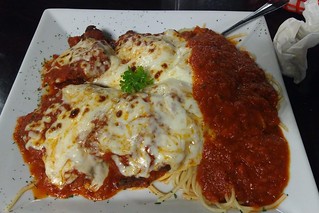 This year, Vivian and I decided to split Mother’s Day between our two respective moms, which meant I took my folks out to dinner at Roma’s on Fort Crook. It was a decent family-style restaurant just down the street from us with giant portions of Italian-American standards, like the chicken parmigiana, which I had (and bread rolls). Vivian stayed home with the kids, negating the need for a babysitter and giving me some rare one-on-one time with the folks. 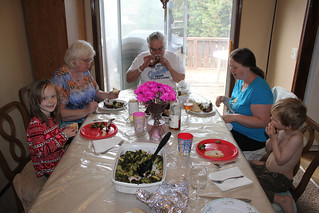 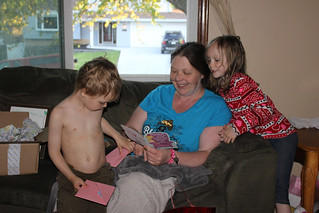 The next day, of course, was Mother’s Day. After church, Vivian and her mom spent the afternoon together shopping at both the World Market and the Old Market (no relation).

I stayed home with the kids, helping them prepare a homemade Mother’s Day card for mommy, which included one from Zoey. Jack was busy making some ribs and potatoes for dinner, and I contributed with some roasted broccoli and my first-ever loaf of homemade bread. I had to scramble to find a recipe that didn’t require five hours of “proving” to have it ready in time, but it turned out surprisingly well, with a nice, hard crust that I knew Vivian liked. We ate together with the kids and then let mommy open a few of her Mother’s Day presents before breaking out the chocolate cream pie Grammy brought with her. 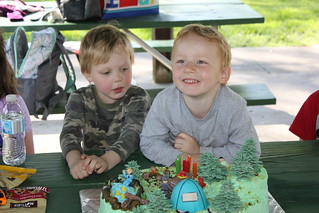 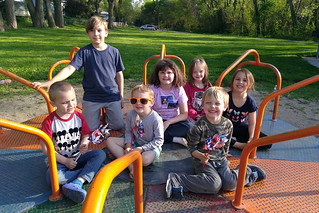 The next day, we had a belated birthday party for our little friend August. A cluster of his little friends (and their moms) gathered at the reclusive Twin Ridge Park II between Ft. Crook and Highway 75. The kids had fun spinning on the merry-go-round before and after getting sugared up with a tasty camping cake, courtesy of Donna. I stayed long enough to get a few pictures and then went to tear up our garden at home in preparation for a season of home-grown tomatoes (and other produce, probably).