It feels like the pandemic is winding down in a major way, partly because toilet paper now seems to be plentiful in places like Costco (though yeast is still hard to find). As such, we finally decided to break from quarantine this weekend to celebrate Memorial Day. 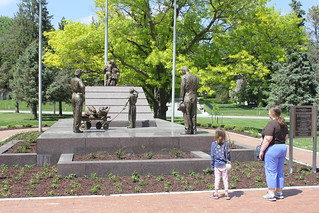 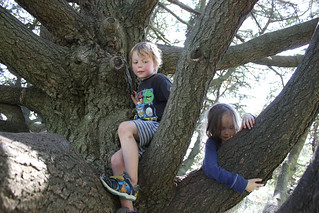 We took the kids off to a good, long romp around Memorial Park once again, which seemed appropriate. There were a few new statues in place at the World War 2 memorial, one of which seemed seemed to be watching Hannah. The kids had the chance to walk (and roll) down the hill while smelling a few of the nearly-blooming flowers on display. The sun was beating down hard enough for us to seek shelter in the shade of a few ancient trees before making our way back to up climb one (and get re-hydrated). 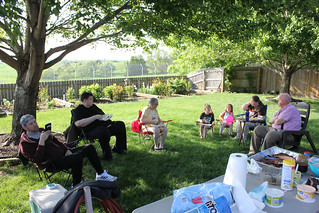 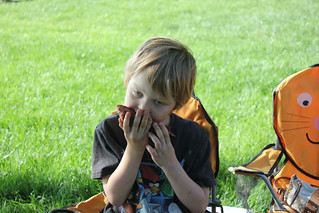 Then that evening we went and visited my parents for the first time in several months. My dad smoked up some ribs for a Memorial Day dinner (on Saturday), which we ate with my brothers and some potato salad I’d brought (and grilled mushrooms). We didn’t stay long, but the kids did get the chance to play a bit in the yard flinging rockets and swinging a few toy golf clubs before we headed home. 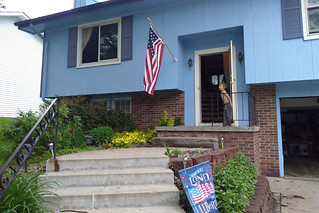 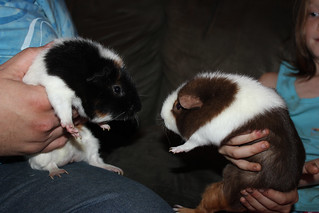 Memorial Day itself was fairly low-key as everyone expected rain and cancelled such things as our drive-in church service only to have clouds and gray drizzle wander through. Vivian made some banana bread for breakfast, and we had a bit of a scare watching a plume of acrid smoke over our neighbor’s house only to discover it was from a barbecue.

In other news, Harold the Guinea Pig’s mommy is staying with us for a few days while the Mills are at camp. He seemed genuinely happy to see her — chittering excitedly as she nipped angrily at him when we re-introduced the two. Zoey, on the other hand, doesn’t seem sure what to think — another delicious little rodent in the house that she’s not allowed to eat. Sorry, Zoey. 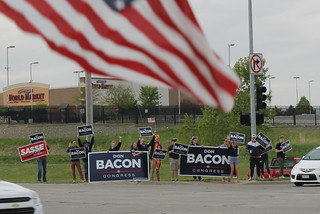 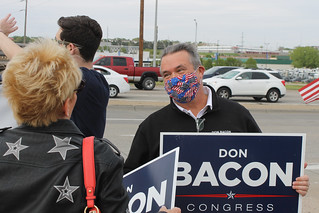 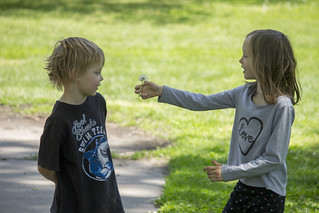 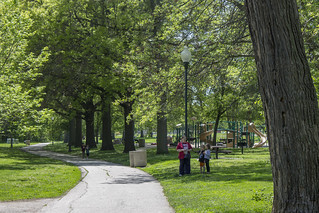 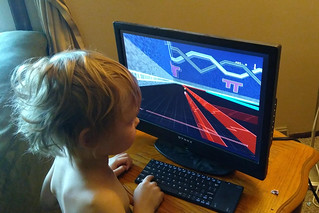 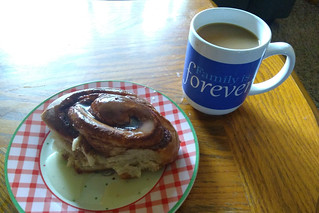 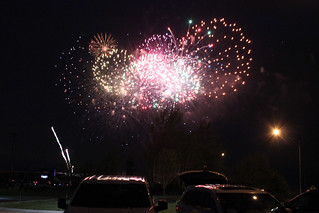 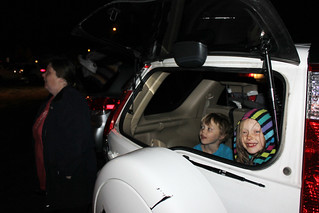 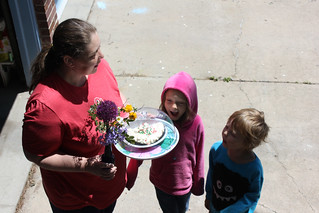 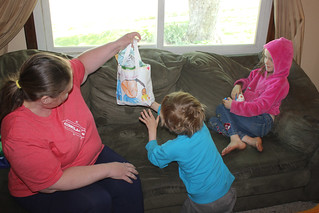 As parts of the country slowly begin to open up again, it feels like this pandemic season is starting to wind down — particularly when I start to see toilet paper and even hand sanitizer on grocery store shelves again. I’ll be happy never hearing the words “social distancing” ever again, but I’m also grateful our family has had a relatively happy, normal time during this time — and good health all around. 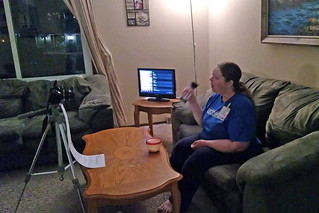 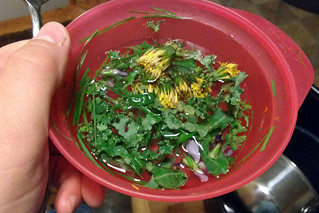 Vivian’s been involved with her BSF Children’s Ministry for the past year, but because of the pandemic, her participation has been via Zoom meetings and pre-recorded videos for the little ones that I’ve helped her put together. It’s very sweet to see the little one and two year olds watching her happily singing and talking about Jesus on their computer screens.

We’ve had the opportunity to try new cuisine during this time, and not just the homemade pizza and mock Chick-Fil-A sandwiches made with red bag chicken. At some point last week, Hannah decided to make me “dandelion soup” with scraps she extracted from our yard (and some kale from the fridge). She even went so far as to write down a pictorial recipe for the dish. 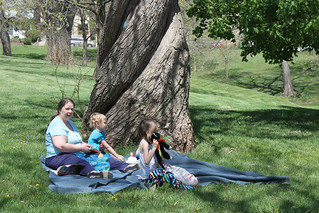 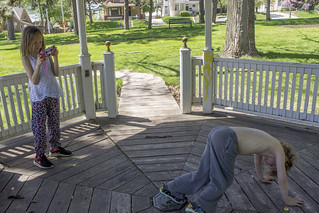 The city of Omaha opened up its parks again as well, so we spent Friday afternoon enjoying some blossoms and having a picnic (by the Twisty Tree) down at Hanscom Park. Hannah and Aaron always seem to be happier when they have the chance to get outside, and Hannah’s been having fun with her digital camera as well, snapping pictures goofing around with Aaron and also getting some snapshots of the local wildlife.

Hannah’s been busy playing outside in our yard during this time as well, either play-acting various video games with Aaron (and Daddy when he’s home) or building a makeshift treehouse by dragging a wading pool into the branches of our tree in our front yard. I’ve also been getting extra quality time with Aaron playing Kirby’s Return to Dreamland on the Wii in exchange for him completing lessons in Khan Academy. We managed to beat the game all the way through this past weekend — on “extra” mode — which Aaron proudly announced to Uncle Jonny via Zoom. 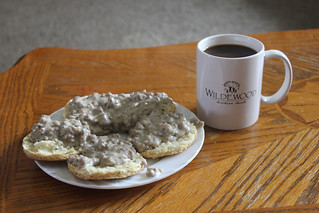 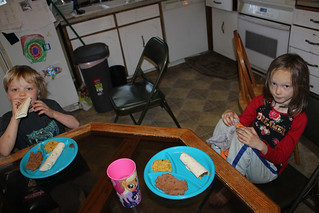 Participating in church for the past few months has been limited to bible studies via Zoom and weekly worship service in our living room via Facebook live (streaming on my Raspberry Pi and tiny Goodwill TV). This has meant having church with such treats as homemade buttermilk biscuits with homemade butter and sausage gravy (while the kids watch Super Book and Bibleman in the basement).

We also celebrated Cinco de Mayo (AKA Taco Tuesday) with some burritos for the kids and homemade enchiladas for mom and dad. We’ve been eating fairly well in the midst of this pandemic, which means I’ll have to keep pedaling to work to burn off the extra calories (as long as the weather holds up).

In other news, Aaron lost his first tooth!